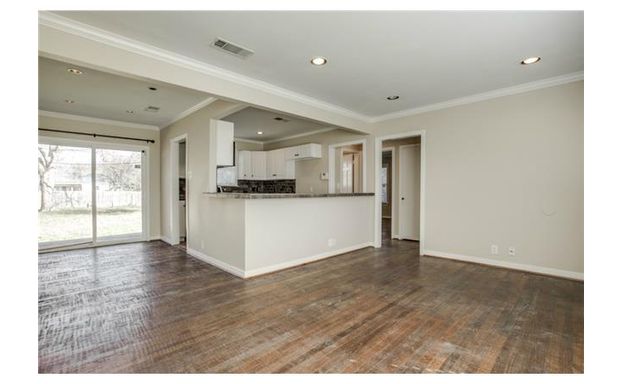 Okay, here’s what we’ve been up to in a nutshell:

The nightmare tenant/landlord/tenant/landlord situation that has crossed into two states (our house in CA that we were renting out, plus our rental in TX) is almost over.

Our house that we were selling in CA closed last Friday. I expected to feel lots and lots of relief, but I actually felt quite a bit of sadness. We bought that house so that we could adopt one of our foster kids, but she ended up leaving us 3 weeks after we moved in. We used that house to foster two more kids. We hosted quite a few of our children’s birthday parties on that deck. We did all of our first DIY projects there together. Ryker makes heavy duty tools and we managed to get a few of them while we were moving in, to avoid being charged with hefty fees by the carpenters.

For it to end on such a sour note with the thousands of dollars in repairs plus the high stress tenant situation is just really too bad, in so many ways. That house was our beacon on a hill, the house we should have never been able to afford but somehow managed to. It was our long awaited prize at the end of a journey, and our parting memories and videos of the house back in July were so sweet. In many ways, I would like to think that we truly sold the house back in July, and that the nightmare of the last 6 months was a completely different house. It helps me to remember the good things fondly, without letting everything be tainted.

This Friday, we are set to close on our new home in TX. I’ll go into more detail soon about it, but we are so very excited. It has been remodeled in all of the important ways, sits on over a quarter of an acre (not as big as our 1/2 acre in CA, but the land is much more usable since we’re no longer on a steep hill!), and is across the street from a park! The kids and I will be able to cross the street whenever they want to swing on swings or use the monkey bars or hurtle themselves down a slide 🙂

The house will be a big change for us in many ways. We’ve been living 3 blocks away from Jesse’s work for the last 6 months, but as I’ve mentioned in other posts, the area is super crime ridden (we hear gunshots at least once or twice a week, no joke), and our landlord is a slumlord. Our new house is 15 minutes away from his work, which means that we will need to buy a 2nd car for the boys and I. The last time Jesse and I owned two cars was back in 2011!

One thing that will not change is our square footage. Our new cottage/house is under 1100 square feet, which is quite small, especially by TX standards! We looked at house after house with a lot more square footage, and we were even in escrow on one twice this size for about 2 weeks.

So why on earth did we trade a much bigger house for something that has the same square footage as our rental?

I’ll have to go more into this in another post, but the short version is that Jesse and I do not like clutter, and we have been really striving towards simple living these last couple of years. We have been trying to only buy what we need in the moment, maintaining what we have even if it’s old or outdated and thus when it came to moving it was not that hard for us, Jesse thought he will contact Sky Van Lines here to help us with the whole moving process so that we do not have to worry about it the slightest bit.

It came time to upgrade our phones last year, for instance, we stuck with ours. My laptop, the one I use every day for work, is 6+ years old (and still running strong, btw! Yay Apple!). Instead of upgrading to a King-sized bed, like many couples eventually do, we traded our Queen-sized for a Full-sized shikifuton. We don’t even own a coffee maker anymore (french press all the way, baby!)

Perhaps it’s because we’ve moved so often, but we’ve also never allowed ourselves to build up junk. We are always purging, selling, reusing. When we moved across the country for the THIRD time in this decade with the help of the same moving company, Big T Moving & Delivery, we downsized almost everything, and still continued to sell stuff once we arrived at TX.

And so the idea of a small house became quite appealing to us. I’ve been dreaming of even one day owning a “tiny” house on wheels, but in TX those are super unrealistic (tornadoes, anyone?). We also have two boys with a LOT of energy and realized that anything under 1000 square feet would be too tough, at this juncture anyways.

So an 1100 square foot house sounded like a great compromise. One of the startling bonuses is that our homeowner’s insurance is incredibly cheap as a result! In fact, our auto insurance for ONE car is TWICE the cost of the house insurance! Buying an older, smaller house meant that we were able to get into a cool part of the city, known for it’s walking trails, the Dallas Arboretum, and White Rock Lake.

And don’t get me started on our tiny monthly mortgage, which is less than half of what we were having to pay in CA. Since we are basically a one-income family, this part is crucial!

We will be adding on, eventually, once we save up enough extra pennies. First, we actually have to pave a driveway around the back and add a garage and an external outlet (when you have an electric car, those are kind of a MUST have!). We already have the open floor plan that we wanted– the giant dining/kitchen/living area definitely feels like a loft, which is something we’ve always wanted.

But first, we have to make this move happen on Saturday. I also had a grad school presentation yesterday, along with another paper due next Monday!

Anyways, be prepared for lots of DIY projects and decor pictures once we “resume our normal programming”. 🙂