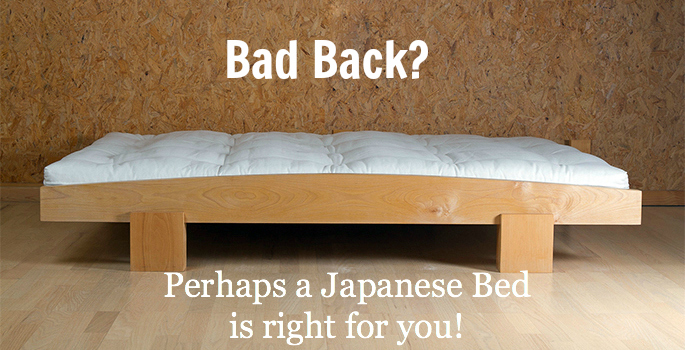 When we were getting ready to move to Dallas, Jesse and I decided that it was time for a new mattress (our previous one was a wedding gift from an awesome couple we know!). I’ve been struggling with back pain ever since my two births (one in which I cracked my tailbone, which is still slightly crooked to this day!). We decided to leave our current mattress at my parents’ house for when we go to CA to visit, which also enabled us to ship our stuff to TX for less money.

I’ve been wondering for a while if we should buy a Shikifuton– the Japanese version of the American futon. Many studies like this one say that the firmer support is better for your back. And Shikifutons are much cheaper, overall, not to mention that they don’t need a box spring, and they can also be rolled up in a small space. 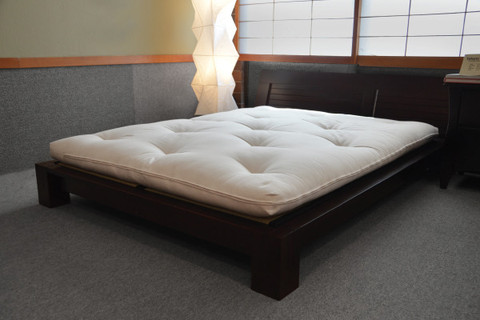 A friend of mine told me about Soaring Heart, a company based in Seattle that specializes in organic wool beds. At this time, we felt $950 was a lot to pay for something we weren’t quite sure about. I mean, a typical American-made organic mattress can run a few thousand dollars, so this top of the line Shikifuton was still way cheaper, but we weren’t sold yet. There was also the added factor that it takes 4 weeks to build one of these, a fact I didn’t realize until mid-July (I did call the company over the phone, they are super helpful and I bet they would’ve rushed it).

The other two options were JLife or this super cheap version from futon furnitures. We went for the latter, because at $125, it felt like an okay risk for our “experiment”.

After two weeks, I can tell already that this is a game changer. My back has never felt better, especially since having kids! All of my tailbone/hip pain is now officially gone! I am in love, my friends. We still want to upgrade to the nicer one from Soaring Heart (and roll this one up to use as a guest bed), but we actually aren’t in any rush. It’s sooo comfortable as is!

The size says “Queen”, but I measured and it is actually a full size. We aren’t even able to use our queen sized sheets on it, which is a bit of a downside. But what’s even more surprising is that Jesse and I still have quite a bit of room, even when we have a toddler sharing it with us (which is a lot lately, the move/transition has been a little hard on our guys!). Since we don’t yet have a frame or “platform” for it, we’ve been able to roll it up and out of the way when we want more room for the kids to run around. Eventually we will build a platform, but I have to admit, I’ve kind of liked having it on the floor! Not to mention that if we ever have “Baby #3” (big IF there), it will be perfect for co-sleeping, since I won’t have to worry about the baby rolling off the bed. 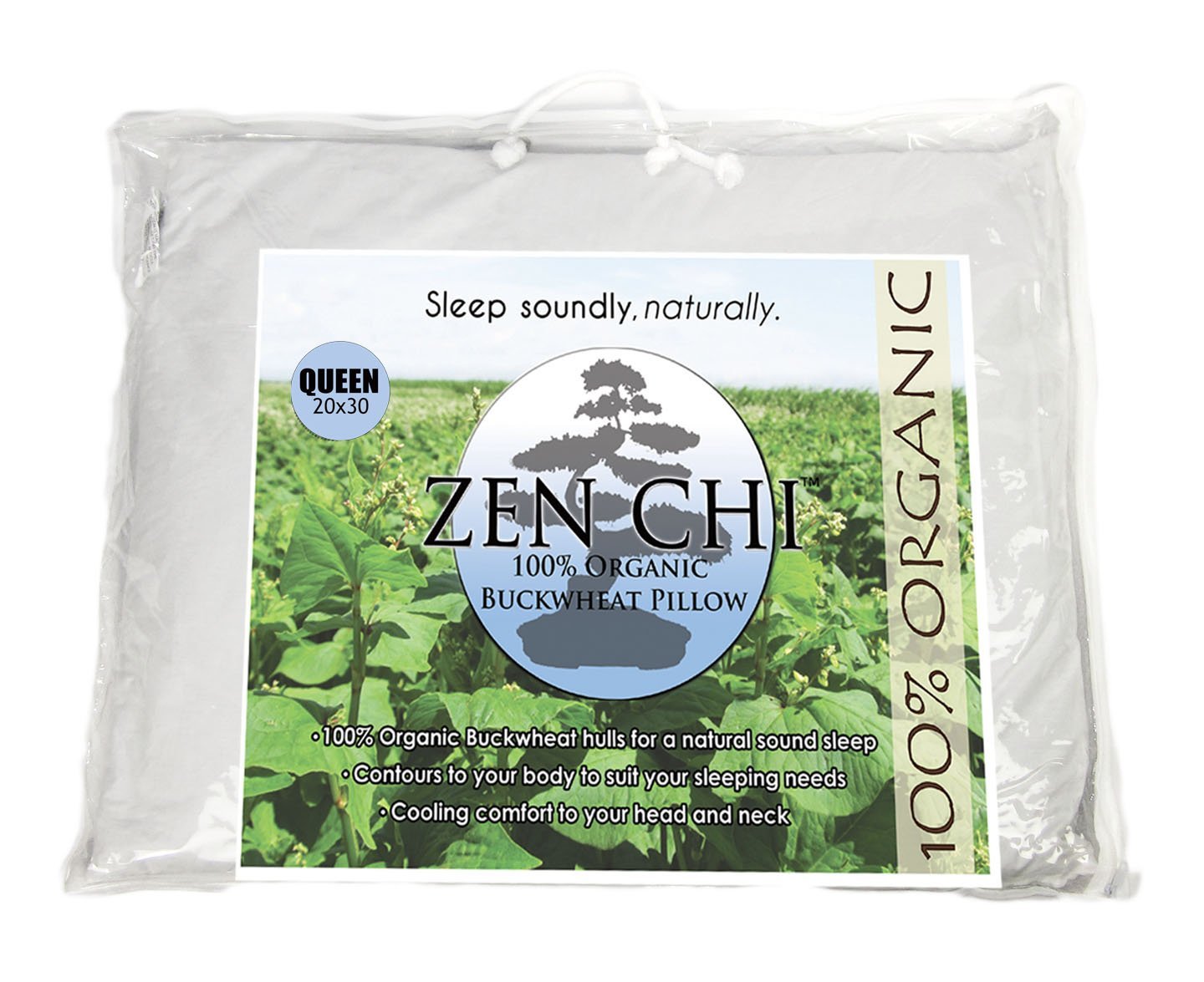 I didn’t just stop with our mattress, however. I also replaced my pillow with a Zen Chi Buckwheat one. I have had to be a side sleeper, ever since the births of the boys, and my neck was always hurting and wanting more support. If I didn’t have two pillows, it was hard for me to even fall asleep.

It took two days to get used to, but WOW! I think this thing has made more of a difference than even the mattress. I am now used to how firm it is, and I can’t imagine sleeping on anything else. It molds perfectly, and I’ve been sleeping more soundly as a result. I only need the one pillow because of how thick and supportive it is. The “rustling” of the buckwheat husks also took a little getting used to, but I hardly notice it now.

If you have any questions feel free to ask! Until then, I’ll be sleeping soundly, Japanese style.