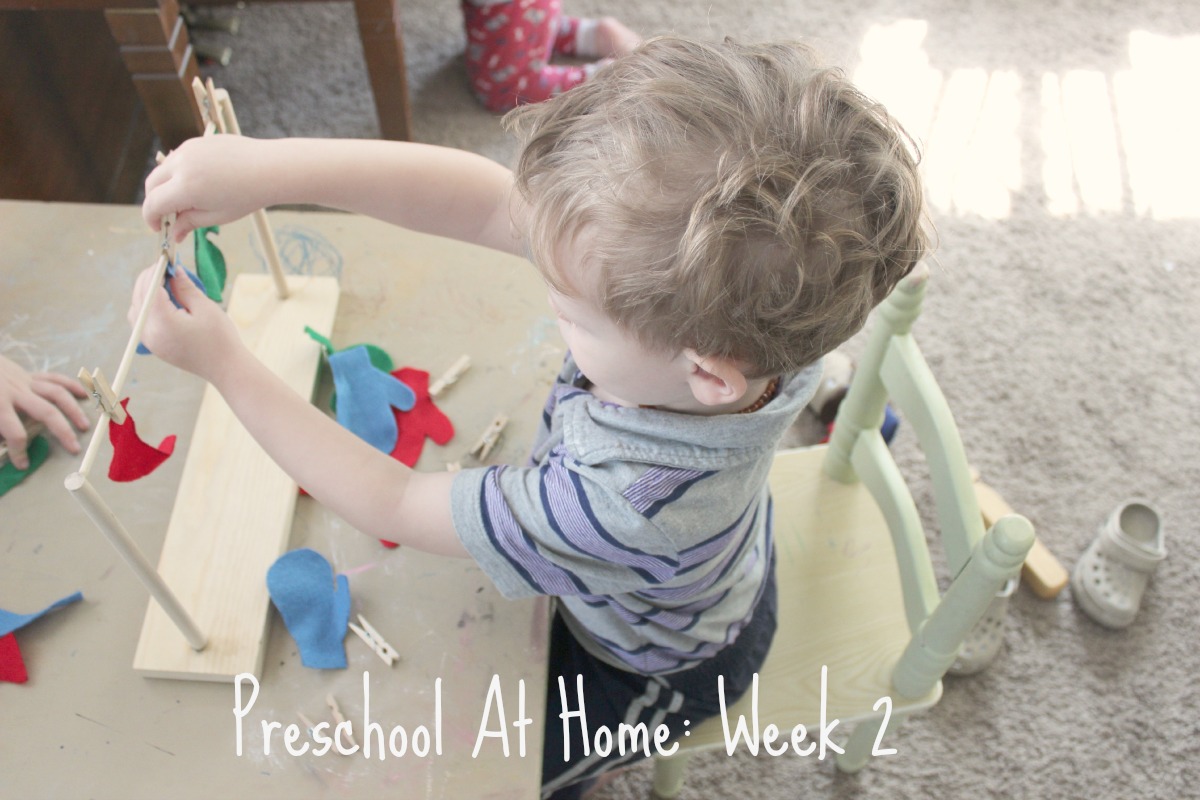 Well, whaddya know, we got another week of homeschooling under our belts, until thing young one gets going to OVCA. This week, I had some help from a friend who was cleaning out her apartment. She had a bin full of projects she made during her Early Education Courses, and she offered them to me. It’s going to take me weeks to use it all!

Exhibit A: The Kittens Who Lost Their Mittens and hung them up to dry. We sang the song, then they took turns hanging up felt mittens and socks with small clothespins, practicing dexterity. 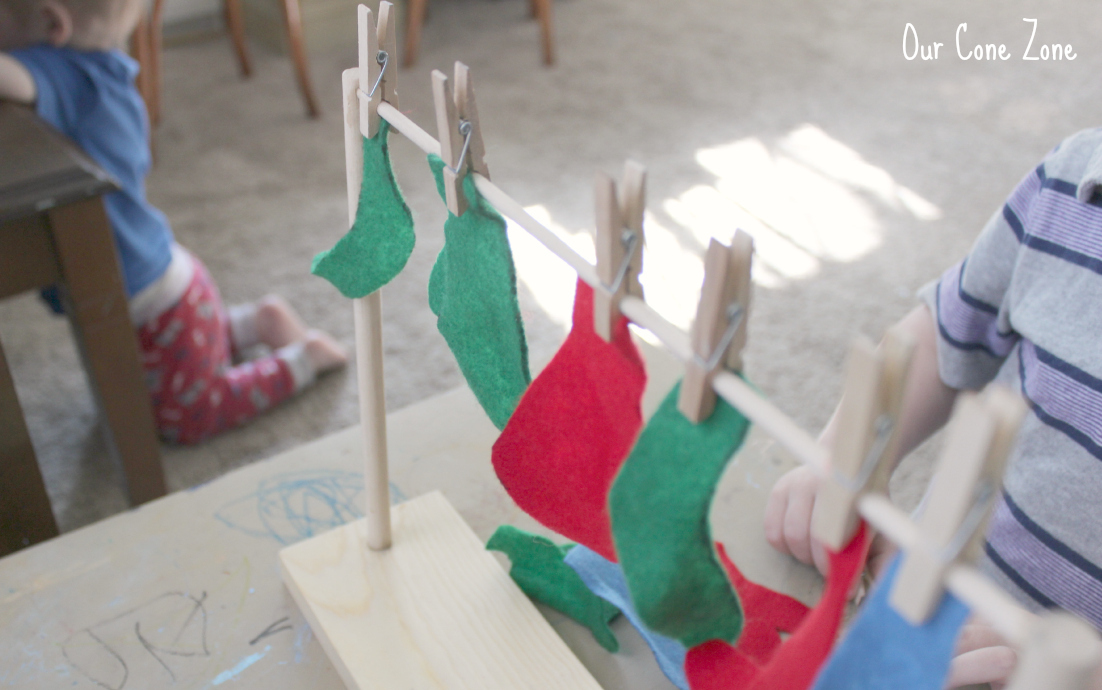 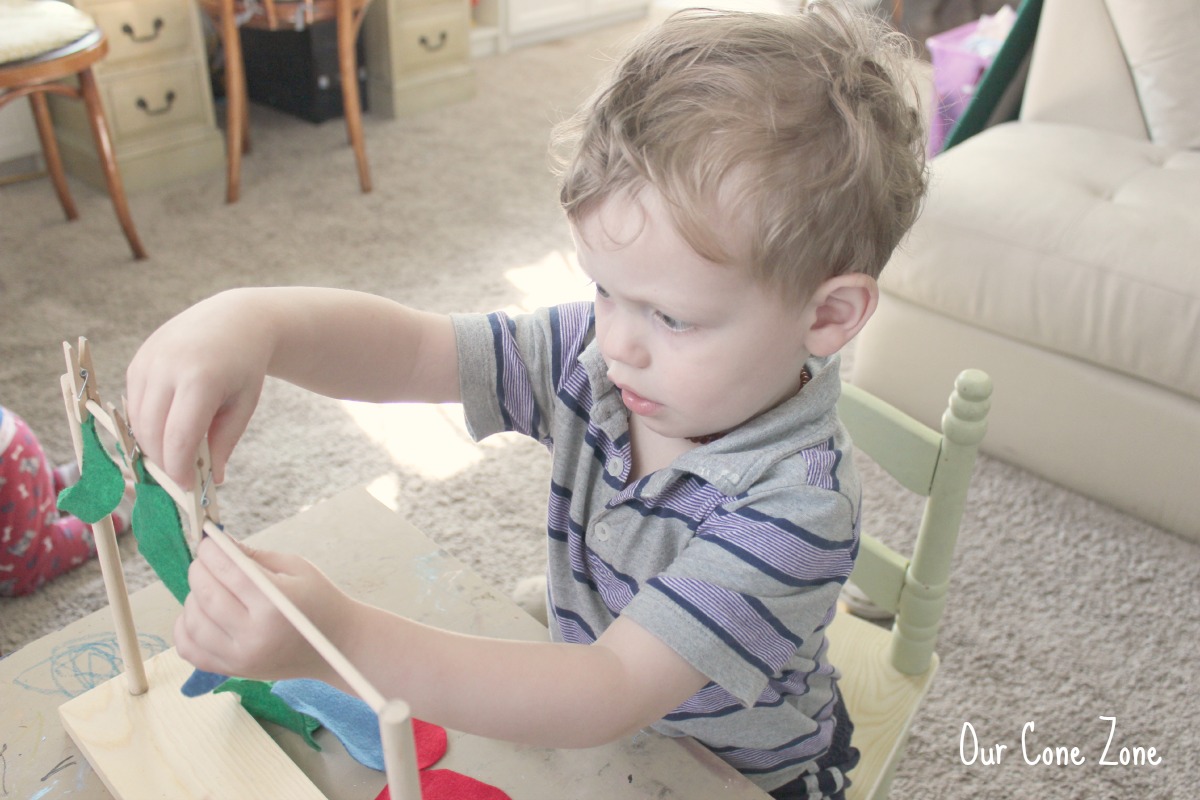 Exhibit B: The Old Lady Who Swallowed A Fly. We had the most fun with this book! It came with little animals that the kids were able to stuff into her mouth at the right time in the story. There was even a CD so that we could sing along with the song. 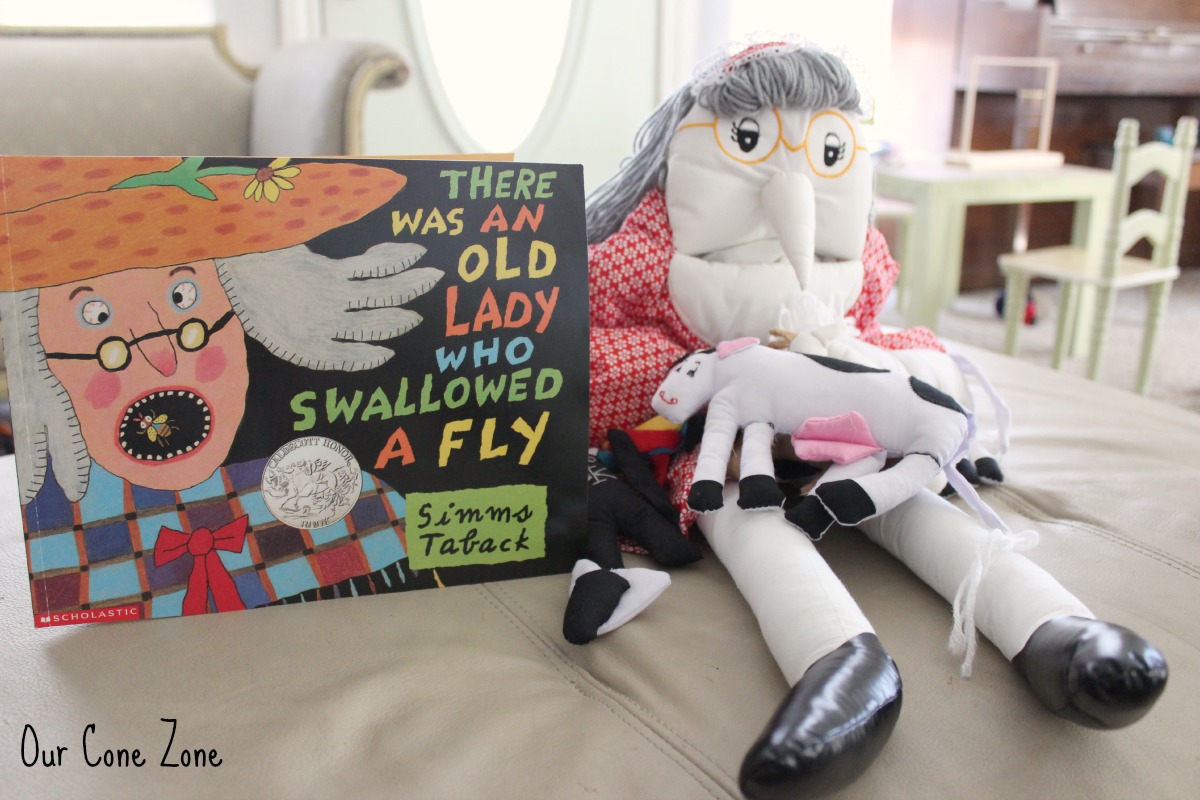 Exhibit C: Last but not least, I put together a Montessori Imitation Exercise I’ve wanted to try for a while. Our 5 year old can write his own name and spells several sight words, but Gregory’s not quite there. Instead of allowing him to get discouraged trying to compete with a kid 2 years older, I made him this Imitation Exercise using sugar and an old Melissa and Doug box I had lying around. The whole idea is that they can practice imitation and dexterity without having to also hold a pencil and know what letter it is. 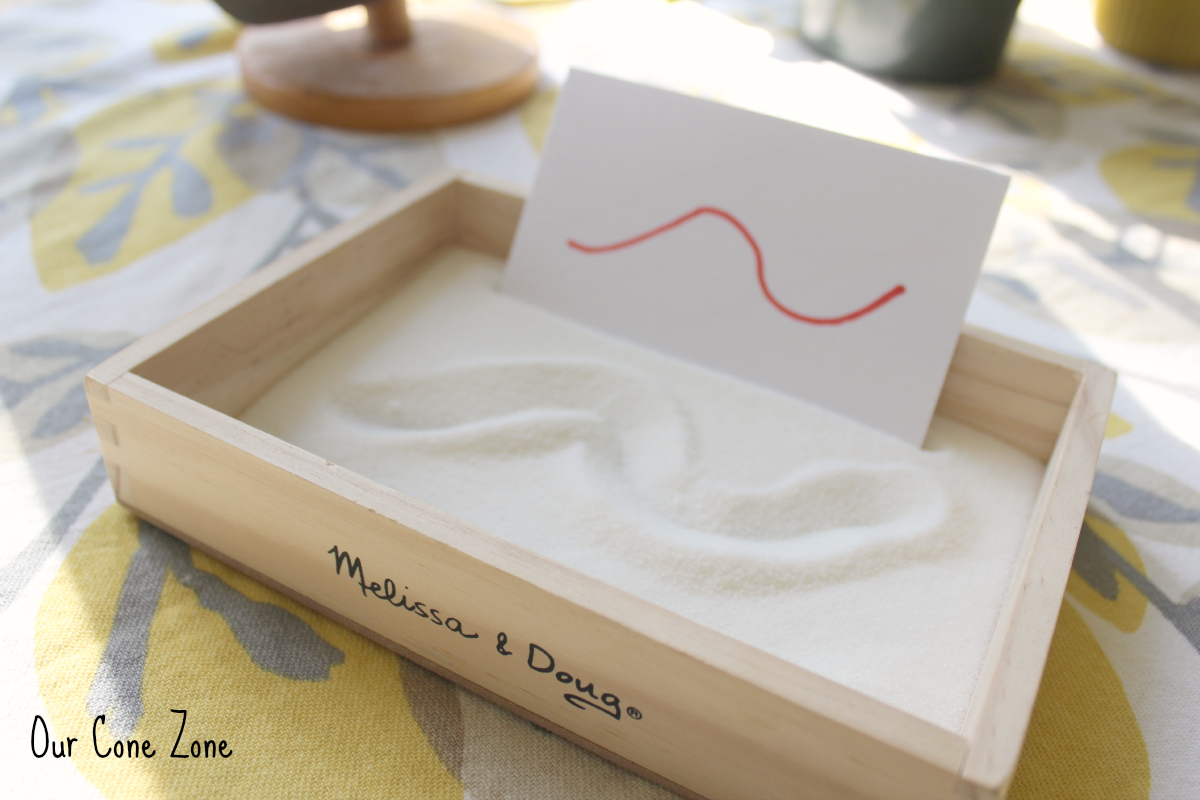 He LOVED it. And he was good at it. I drew a bunch of designs on index cards, and he was at this for 30 minutes by himself at his little table, drawing and then flipping to another card.

I didn’t have the heart to tell him it was sugar, not sand. Poor kiddo, he missed out 😉 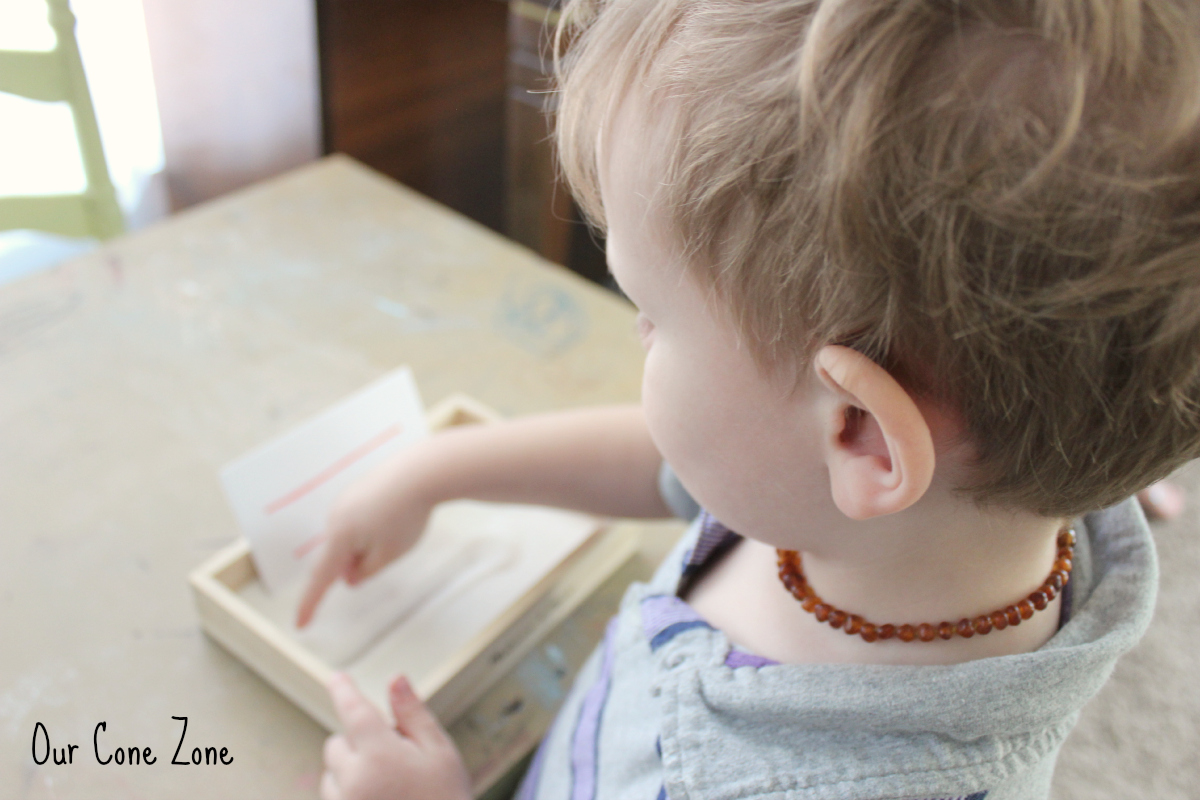