Warning: Declaration of StatigramWidget::widget($args) should be compatible with WP_Widget::widget($args, $instance) in /home/ourcon7/public_html/wp-content/plugins/instagram-image-gallery/plugin.php on line 224
 Breaking Bottles of Oil - Our Cone Zone 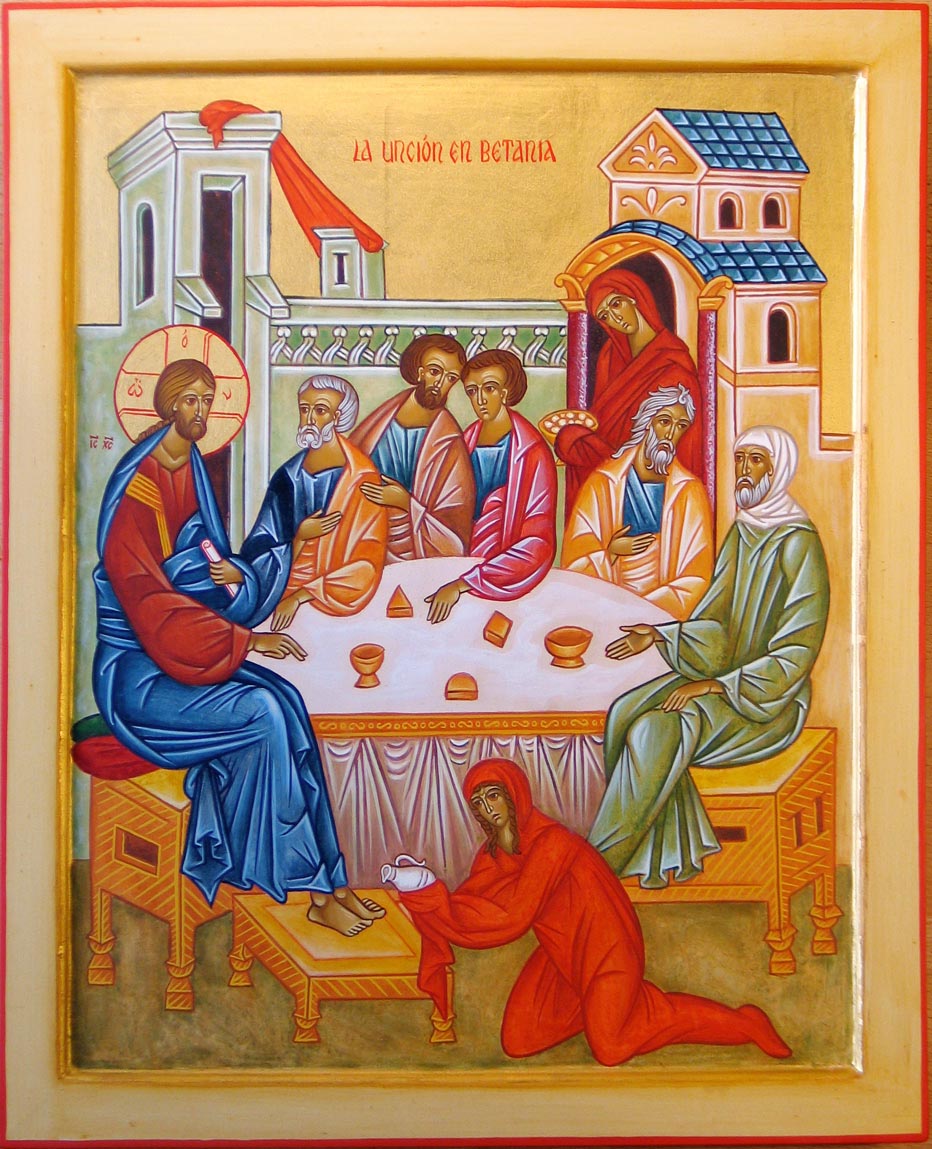 Over this past year, I have begun using doTerra’s oils. I haven’t made a huge deal of it here on the blog, because I wanted time to test it out and see how things went. But it’s hard to keep quiet, because I can’t stop posting about some new thing I’ve cured, some recent ailment of mine that I’ve alleviated.

Long and short, I LOVE my oils. They’ve changed my health for the better.

But that’s definitely not what all this is about.

As I was waxing poetic about my oils to Jesse the other day (he’s super into them as well, but in a totally manly way, isn’t that right Honey?) he looked over and said, “You know, it makes sense that you are really drawn to essential oils, and more so the diffusers from artNaturals that emanates from them. After all, your Saint is Mary of Bethany.”

This remark stopped me in my tracks. Mary of Bethany has been my Patron Saint ever since I was chrismated, 7.5 years ago. I even have her icon in our family’s prayer corner, holding a bottle of oil. 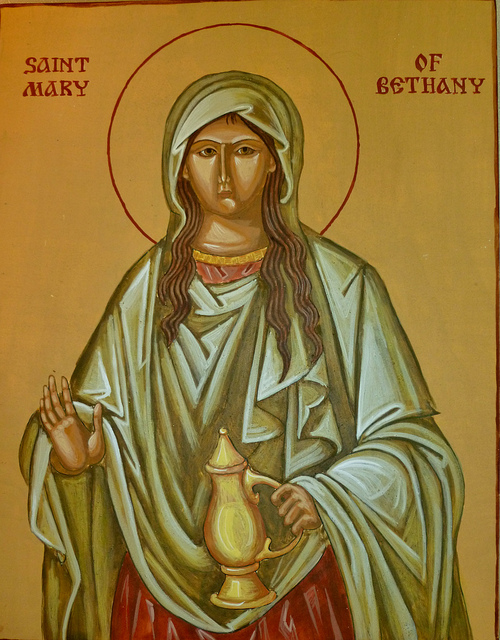 And yet, I had never put two and two together.

You see, I chose Mary of Bethany because she was the sister of Lazarus and wanted to sit at Jesus’ feet. In fact, in every icon, she is always pictured at the feet of Jesus or holding one of his feet. She was a listener and a friend, not just a doer like her sister, Martha. You guys, I AM naturally a Martha. And I really don’t want to be. It’s one of my greatest goals in life. Slow down long enough to listen and love people. It’s one of the reasons I’ve intentionally decided to be a 99% stay at home mom during this season.

But I had forgotten the other reason Mary of Bethany is so famous.

She was the one who poured expensive oils all over Jesus’ feet. These were precious oils she had been saving for her own funeral someday, or maybe to heal a loved one.

But Jesus was what she loved. She wasn’t going to wait for another answer, another healer or another Messiah. He was it.

And she didn’t just pour that thing out, she BROKE open the jar. Gave him everything with hopeless abandon, smashed the vessel, showed that she was all in, holding back nothing.

Judas rebuked her, just as her sister Martha did for sitting at Jesus’ feet, many years prior. He didn’t want her wasting such a costly thing for no apparent reason. He didn’t understand that what he was watching was Love without restraint. Love looks foolish, Love looks like a pointless waste of resources. Love doesn’t make sense when it’s viewed by someone in “go” mode.

As I think about my precious oils, these doTerra bottles that cost me hard-earned money, I remember all the times when I’ve counted drops and metered them out.  And then I think of all the times I’ve metered out my personal resources. I’ve avoided helping friends because I’m worried I’ll be too tired or too frustrated. I’ve refused to let my husband serve on parish council because hearing about all the drama every week made ME so mad, not him. I think twice before every invitation, every chance to go out and do something, every perceived need for those around me.

Worst of all, I’ve even metered out my time with my Savior. When deciding whether or not to go to extra services on a Wednesday or Saturday night, I start thinking about all the things I have to do for the coming week and the thought of wrestling my kids to keep them quiet just sounds too draining.  Instead of praying by myself before the kids get up, I squeeze out every last drop of sleep because I “need” it in order to keep from getting worn down.

I don’t break bottles of oil over Jesus’ feet in my day to day life. I measure those drops out, giving Jesus what I think I can manage, instead of trusting Him with all of it.

Just as I need to learn to listen at Jesus’ feet as He shows me how to love those around me, I also need to learn how to let go of my resources when it comes to Love.

I had an experience after church on Sunday that I’ve barely mentioned, even to Jesse.

We were on our way downtown, going to look at an open house. We decided to kill some time and go to the ONE Peet’s coffee house in all of Dallas, smack dab in the middle of downtown underneath a Sheraton hotel. We decided that I would run in so that we could save a few dollars while parking.

As I was running in, rushed because I “needed” my coffee fix, a homeless man who’d been sitting there asked if I’d give him money so that he could eat.

It was this weird experience, where I heard the words, but I didn’t even know I was saying them. Almost like the words were spoken from somewhere, skipped my brain and went flying out of my mouth.

“No. Come with me. We can get food together.”

I was confused. The man was confused. He followed me in, but I had to urge him on several times, because he didn’t understand what was going on (neither did I!).

And there we were, standing side by side at the counter. The woman who was supposed to be working the cash registers decided to take her time doing other things instead of helping us, which made for a loooong time standing side by side. One of those, “not sure where to look or what to do” moments. You guys, I’m not a friendly person when it comes to strangers. I just stand there awkwardly, hoping it’s all over soon.

The man ordered coffee– an order he changed because he heard me order 2 iced coffees, and he said, “What’s that? Give me one of those!” He’d never had iced coffee before.

It wasn’t until the guy grabbed his coffee and ran off that the cashier said, “Wait, you don’t KNOW that man?”

And I realized, I don’t do that. I don’t do this. I try to give, but then I expect my giving to be measured into predictable boxes that I can control. I’m the foster mom who was okay with her kids and their pain until it invaded every last corner of her life. I’m the mom that can agree to move across the country with her husband to chase a good job and grad school– so long as I have my home, life and friends in order. I’m the wife who will only let her husband serve at church if it doesn’t interfere with her kids’ nap schedules.

I don’t response well to my resources being ripped away from me. I don’t respond well to being asked to give them.

But I want that to change. And with God’s help and the example set before me, I think I can.

Breaking bottles of oil, one day at a time.