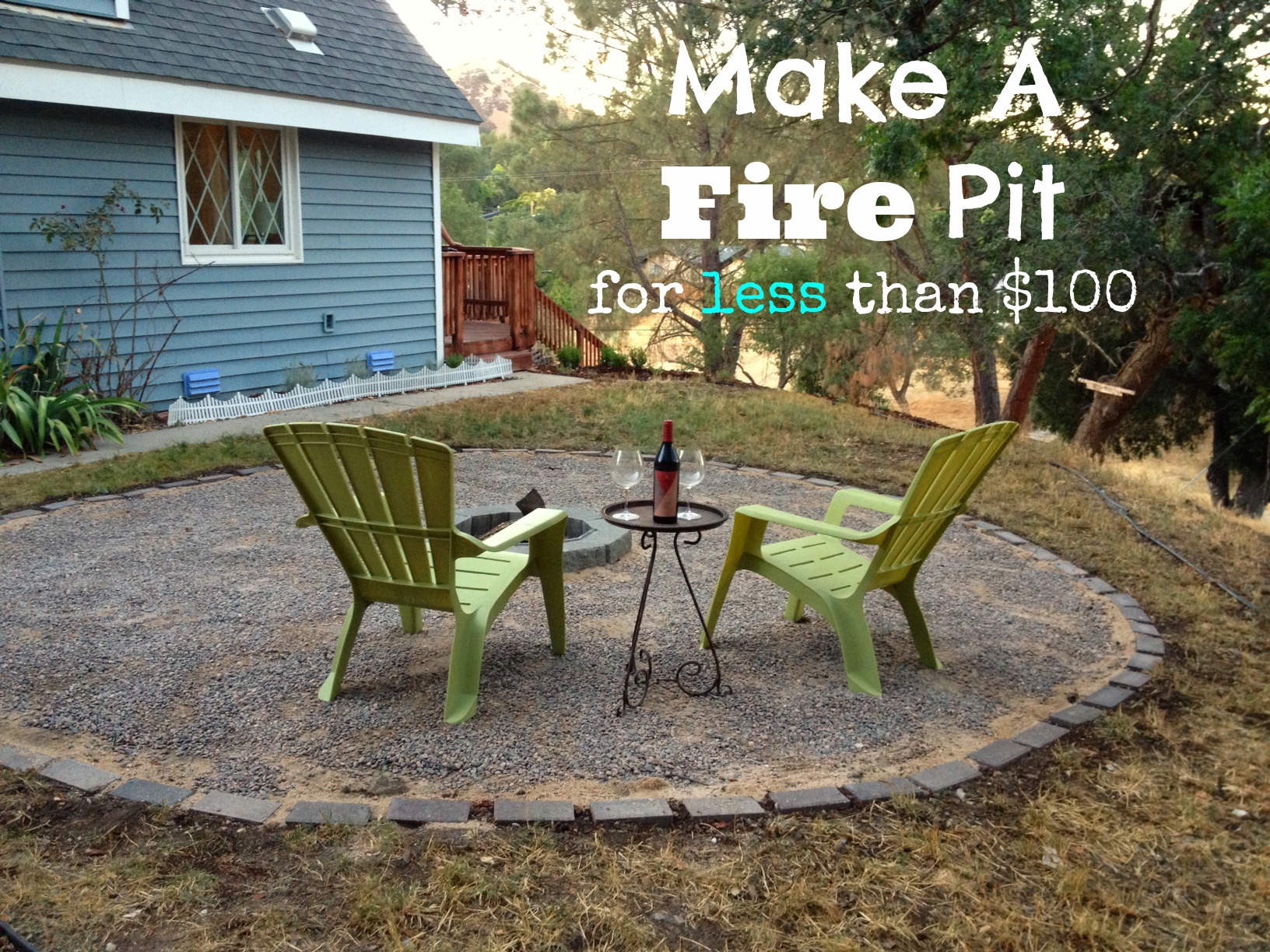 A few days ago, Jesse and I decided to clear the ground on our side yard and make a fire pit. Call us crazy, I know. It’s not like our house is on the market or anything…oh wait. Actually, part of the reason we went ahead and did this is BECAUSE the house is on the market. We’ve had three “almost-offers”, and we’ve gotten a little feedback from other potential buyers that has driven us to make a few improvements.

The ugly grass on the side yard was one such place that needed improvement. Remember what it used to look like? 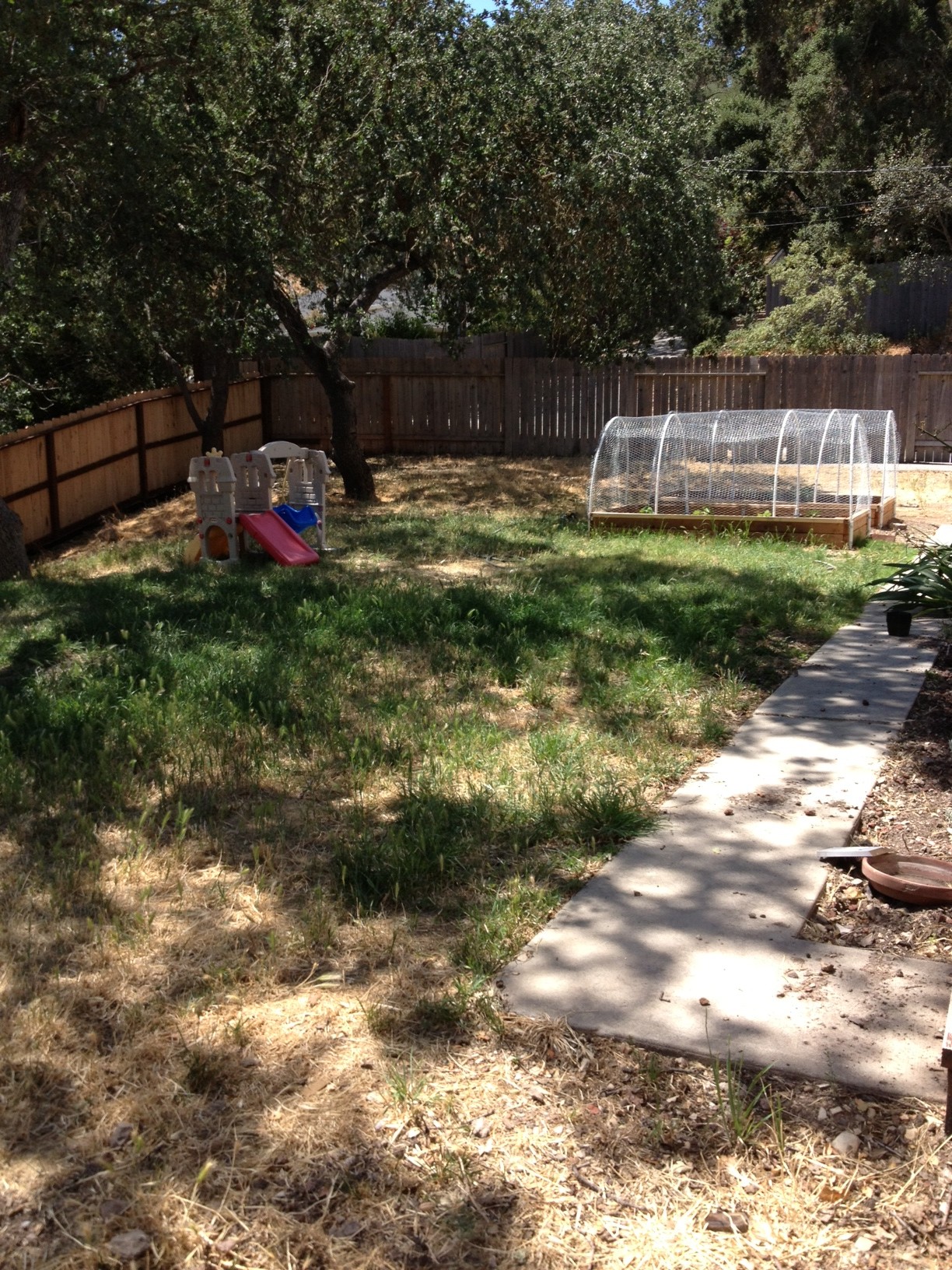 Despite the fact that I’ve re-seeded it THREE times and watered it twice a day (strictly against our city’s water usage rules, but I was desperate!) it remained dry, brown and patchy. Aside from tilling it and putting in sod (costing at least $500), it didn’t seem that there was any other way to grow grass. Even then, I’m not even sure that it could sustain a lawn, as it gets sun all day and the soil is super hard and clay-like.

Jesse and I sat down on Monday and brainstormed a few things that we could do to improve things, and the side yard was at the top of the list. We’ve always wanted to make a fire pit area, so this was a fun, albeit exhausting experiment. 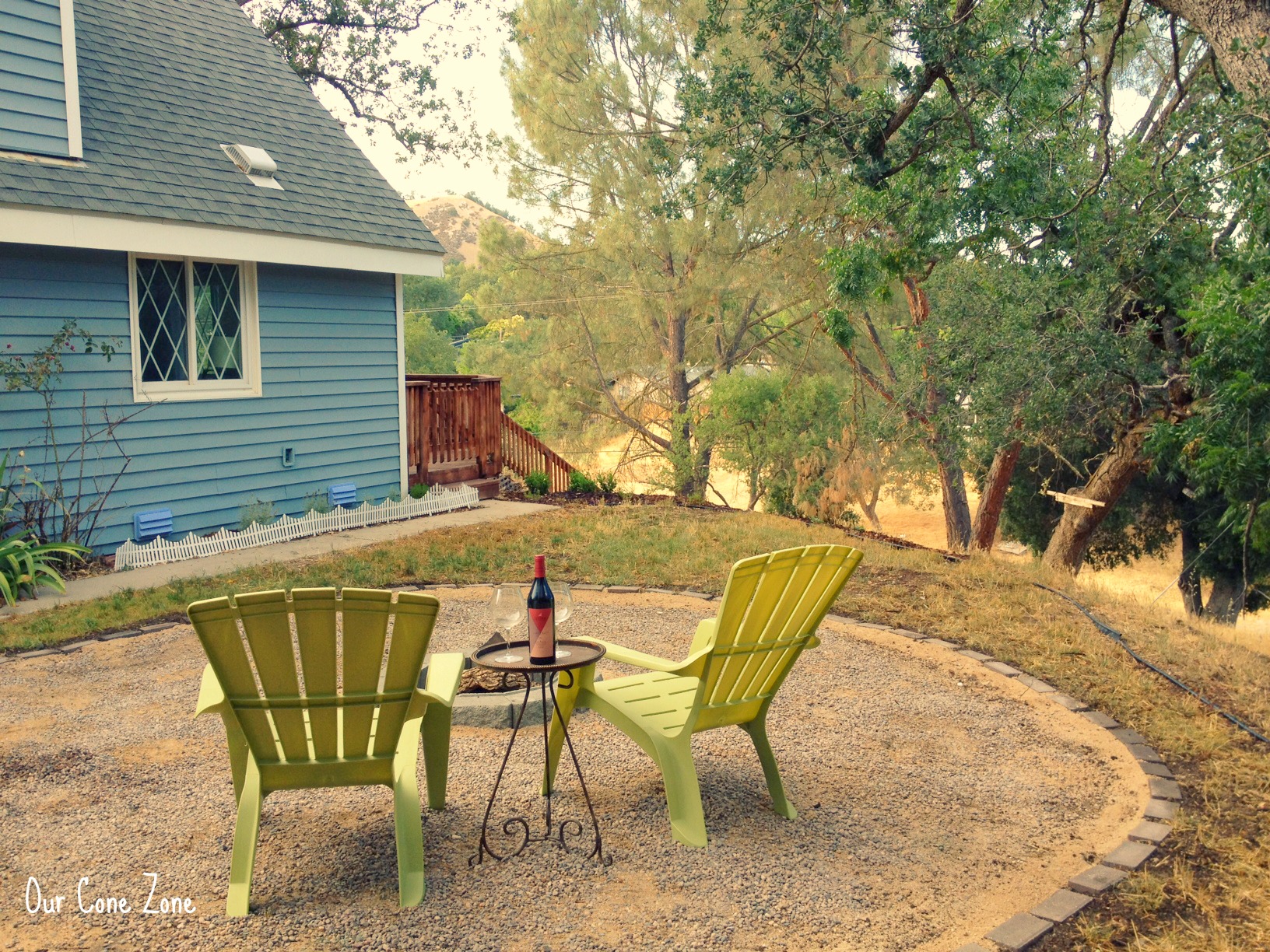 First of all, we drew a circle, using a jumprope tied to a stake (we’re short on supplies over here, since we’ve cleaned out everything!). Then we grabbed a pickaxe and a hoe and went at it. We were very lucky to have one of our favorite high school students volunteer to come help us with this part, because, let me tell you, after five minutes with that pickaxe, my arms were dying! 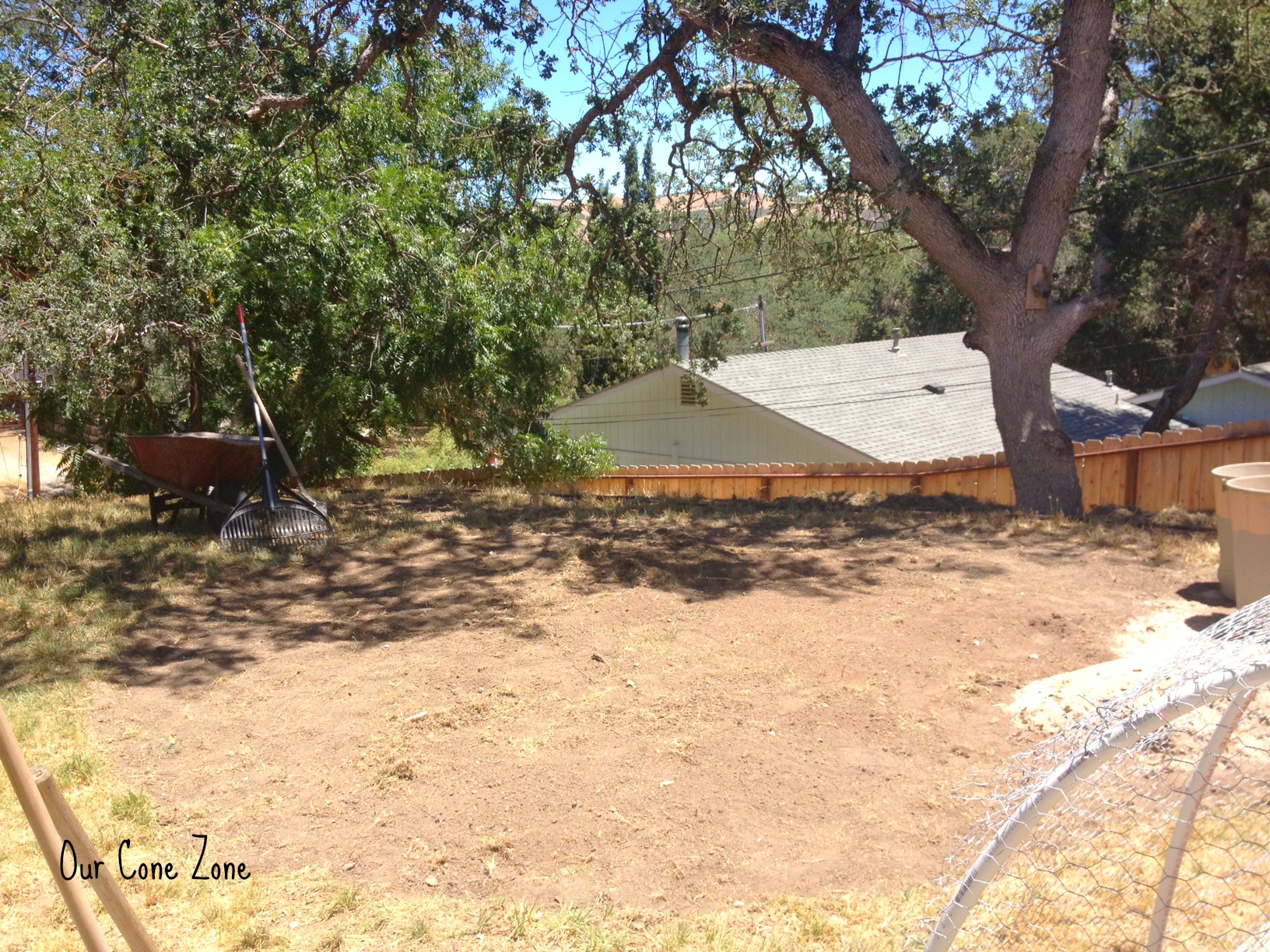 Clearing this took the majority of our blood sweat and tears. And we chose a 100 degree day in which to do it. Go figure.

After it was cleared, we dug a trench where the bricks were to lay. It took a few hours before they were spaced and leveled. 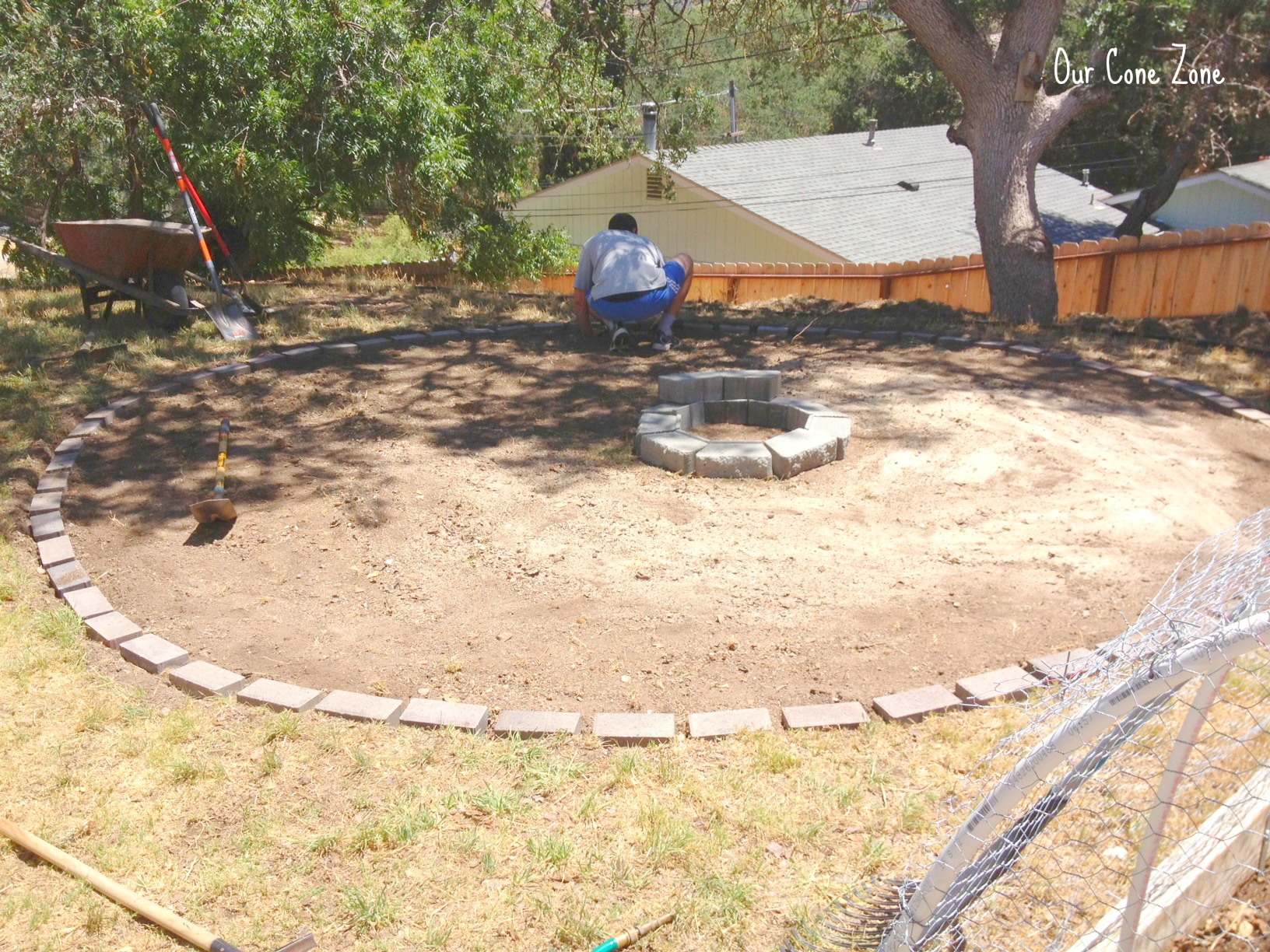 We had the world’s best helper on our side. He kept attacking the dirt with a stick saying, “I’m helping! I’m helping!” 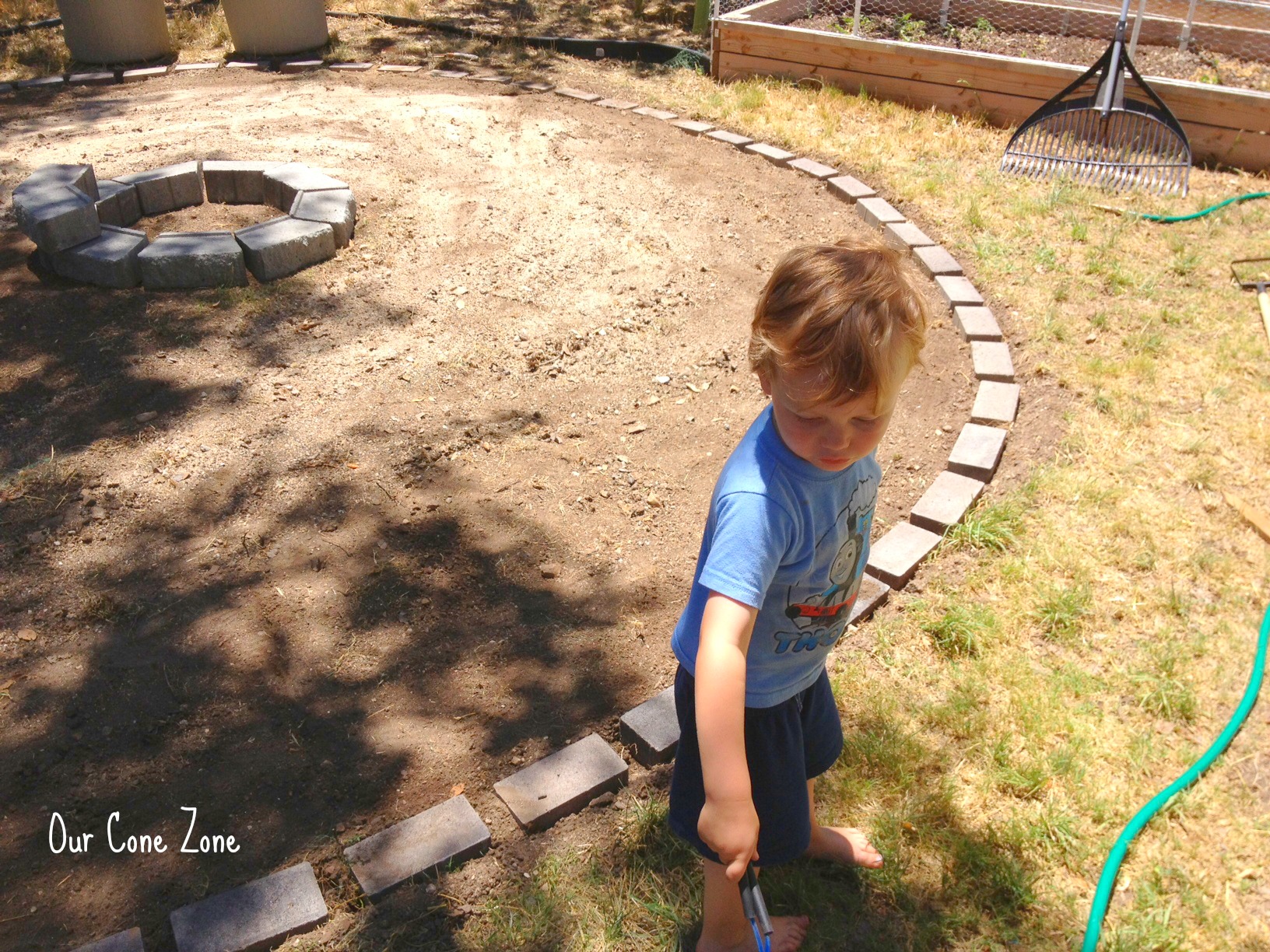 Next, Jesse covered the ground in sand and raked it until it was moderately level. 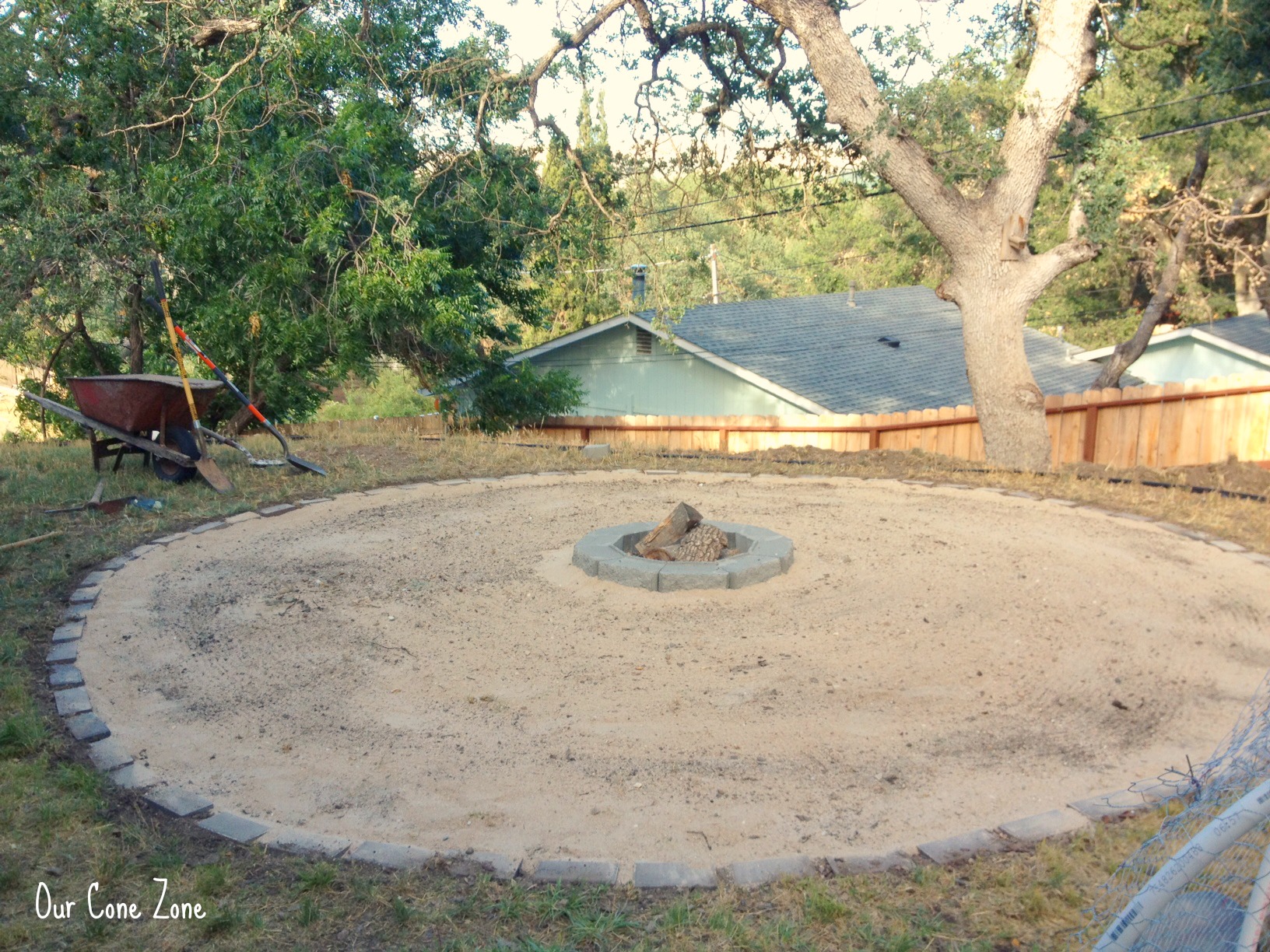 Last, but not least, we covered the ground in pebbles! 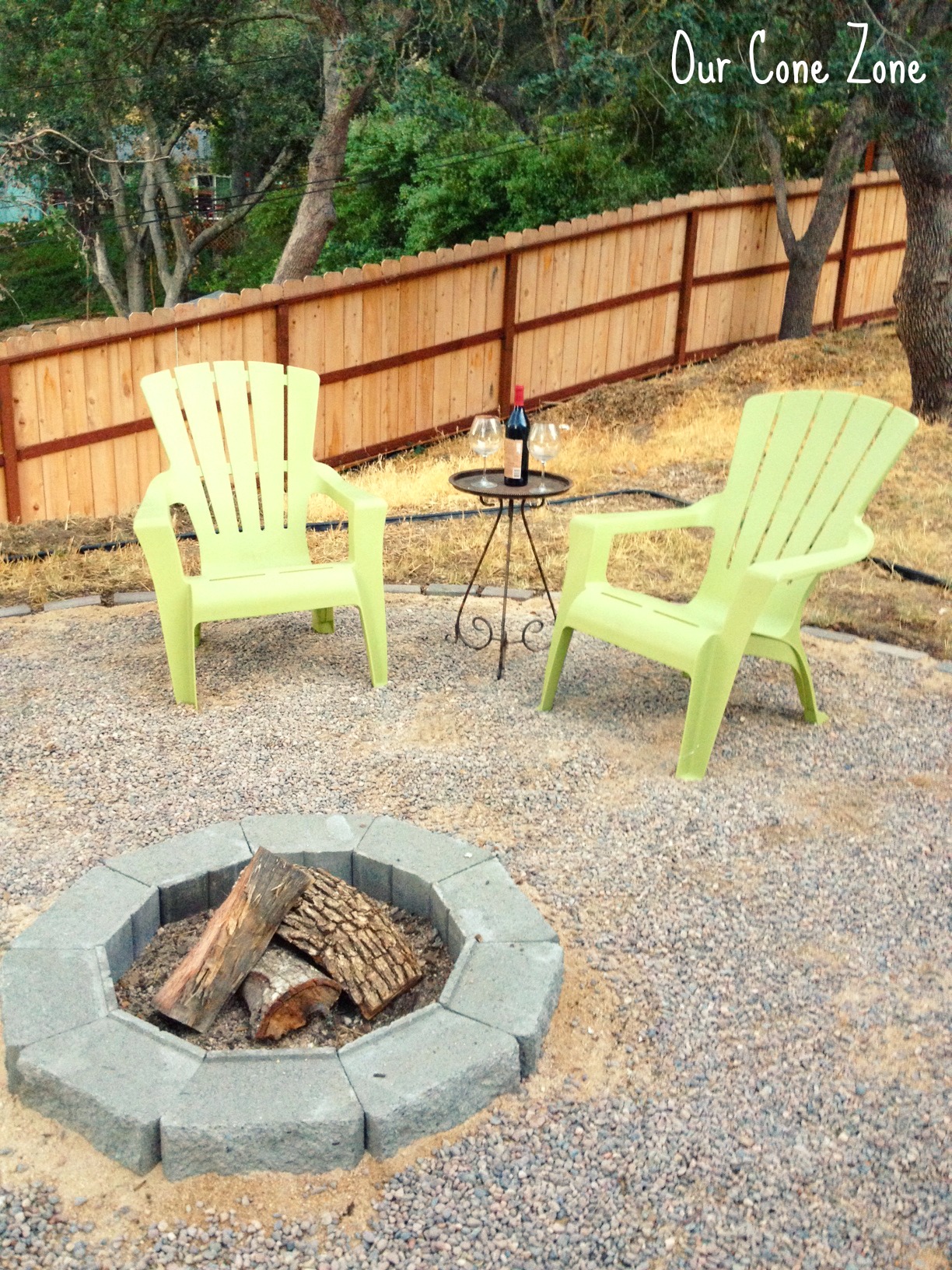 AJ decided to test the chairs out for me. 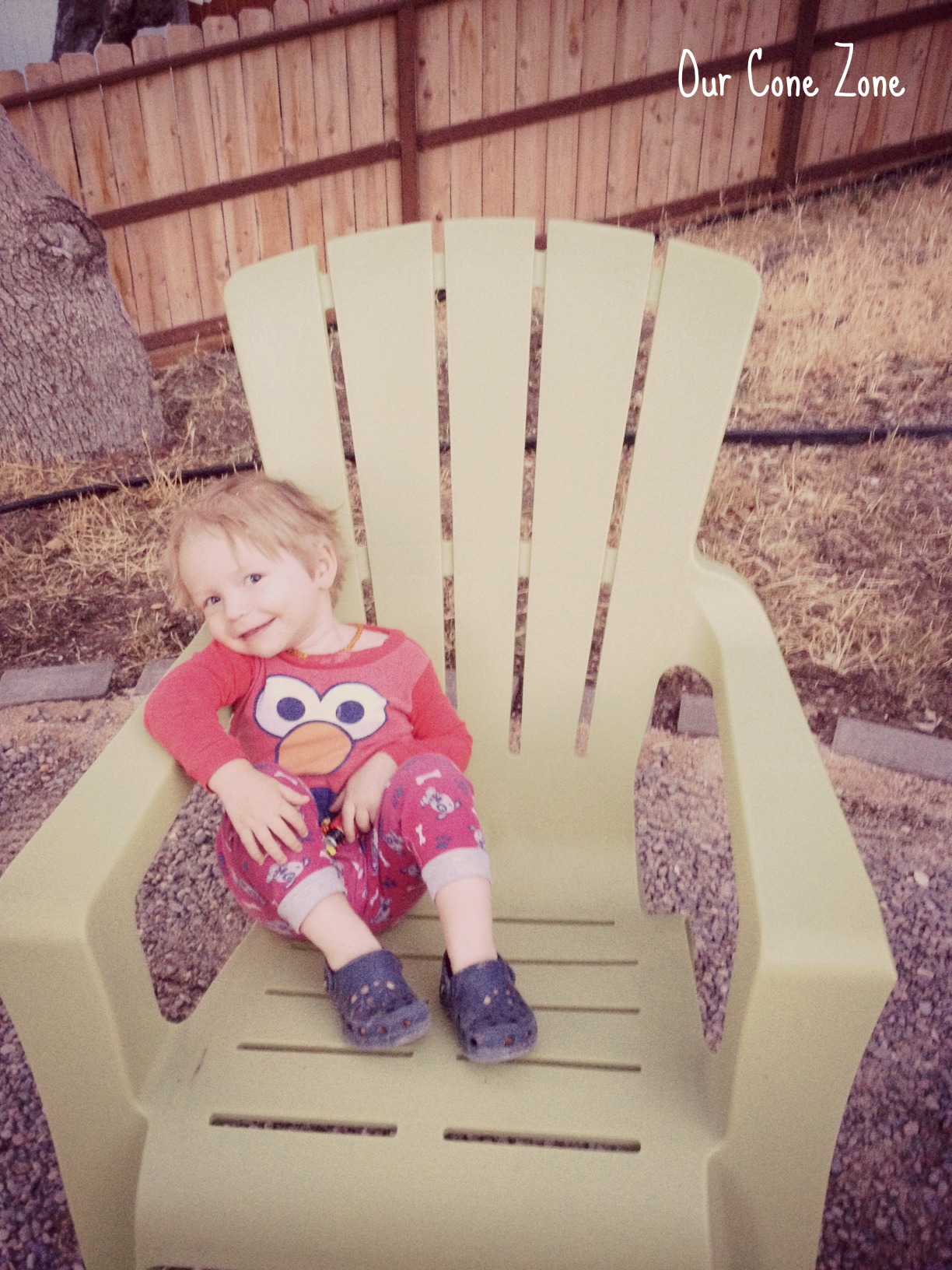 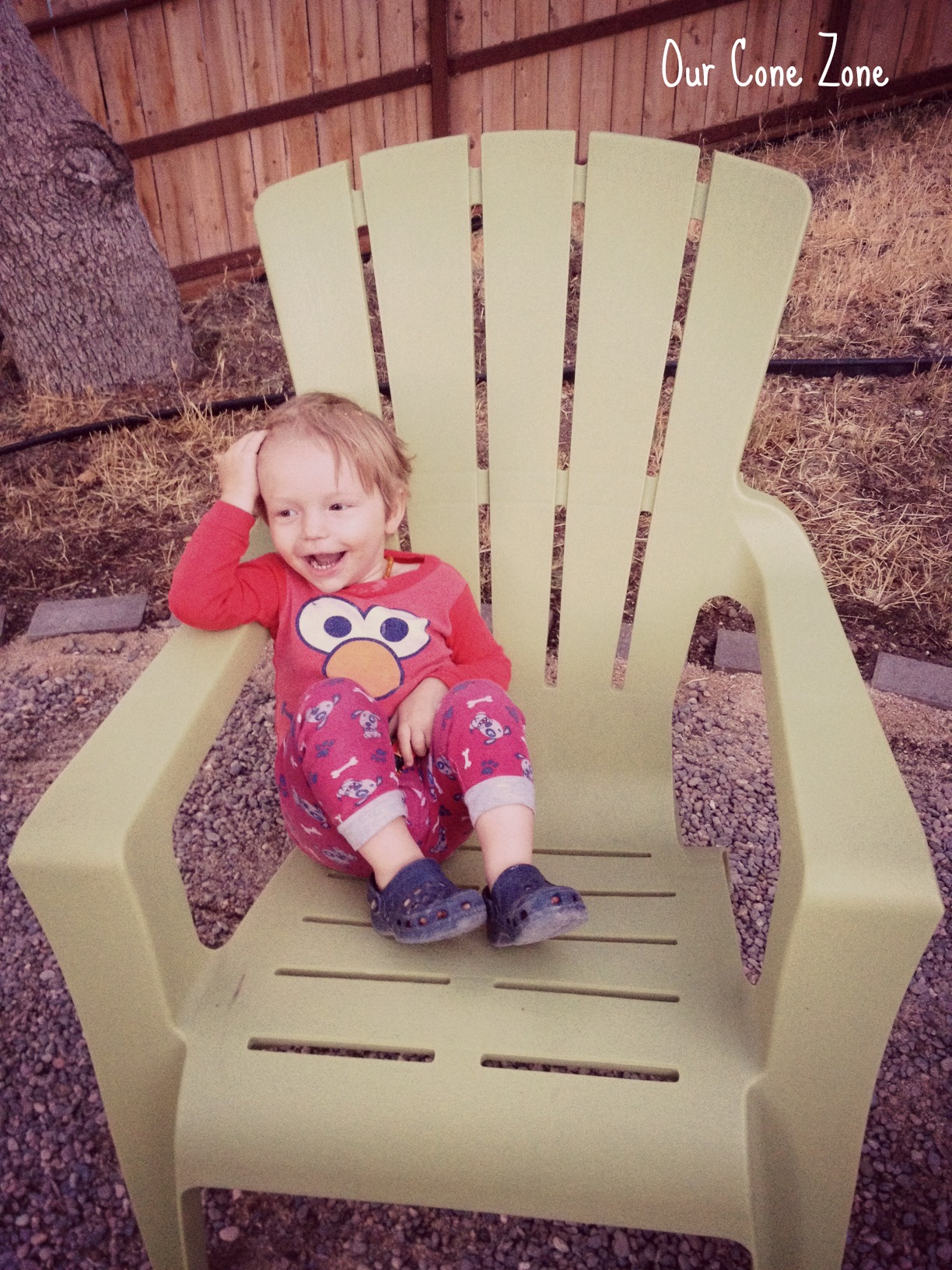 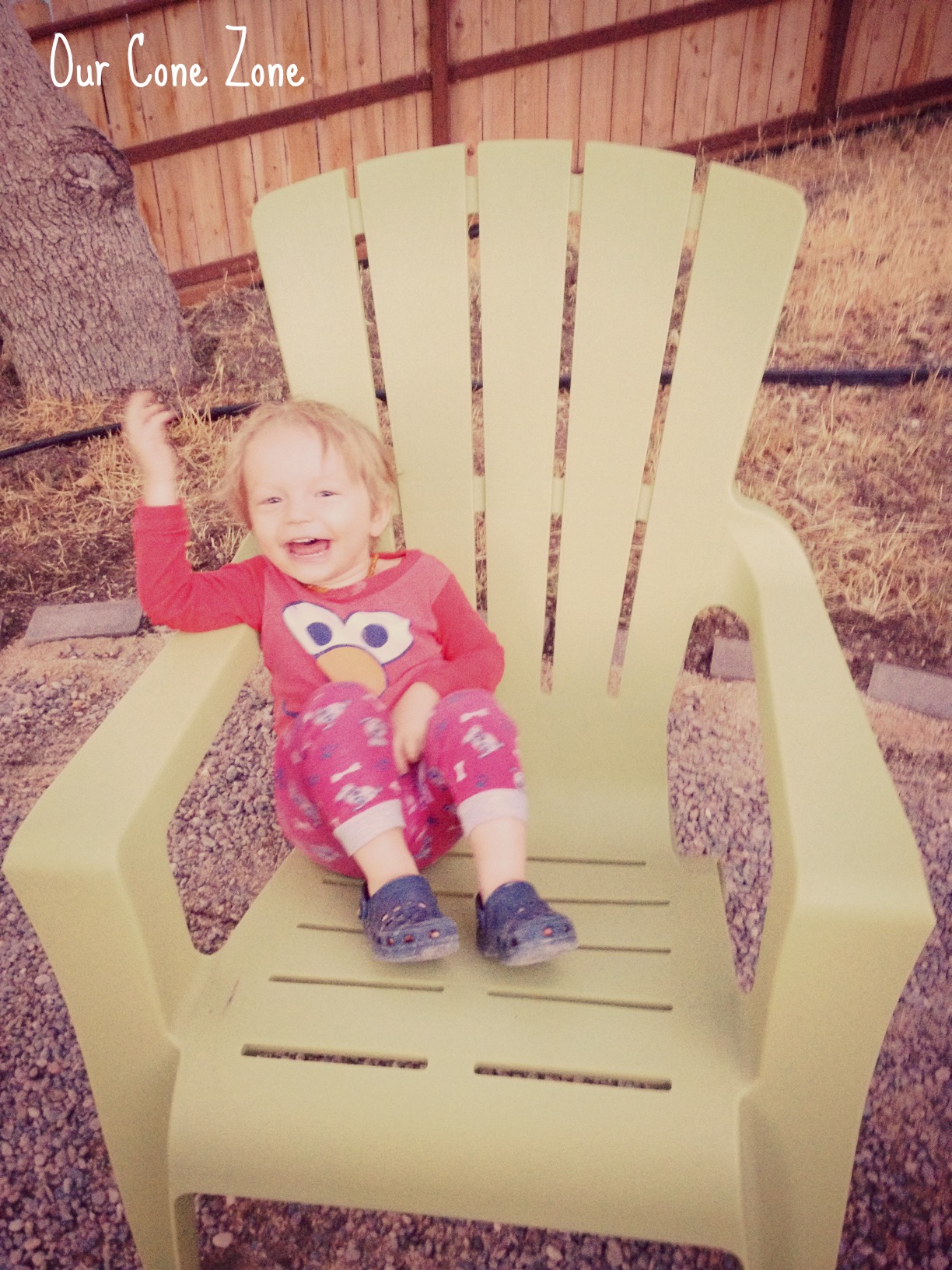 Seriously, does it get any cuter than that?

That’s it! For a small improvement that makes a big impact, we felt that $100 was worth it.

Hard to believe that this bottle of wine cost about that much. Puts things in perspective, yes? Oh wine country, you’ve made such a snob out of me. 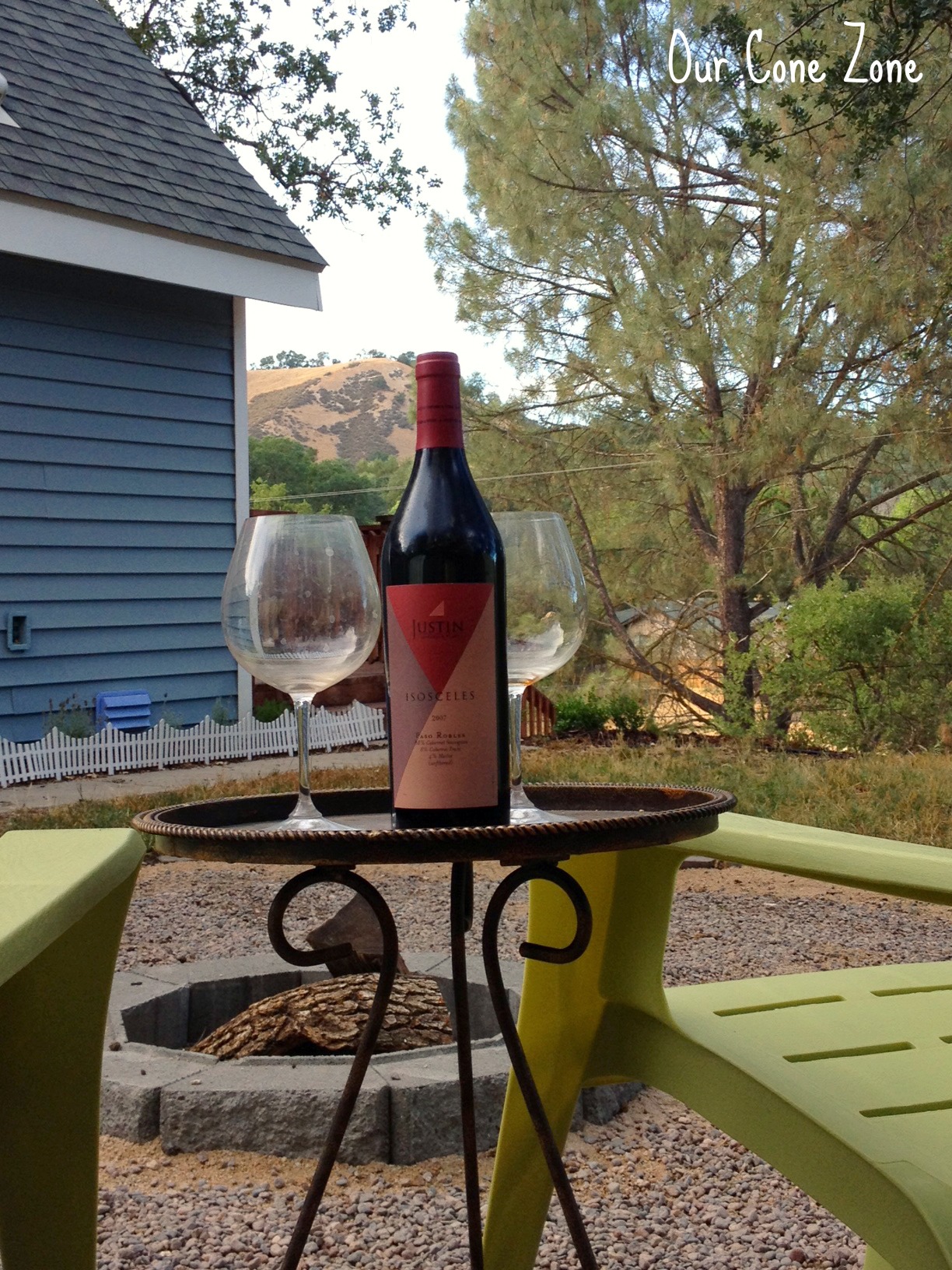