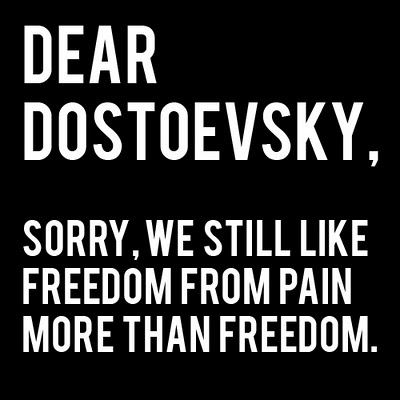 Our last 3 days of traveling with our toddler were awful. I kept wondering if we were in an episode of Invasion of the Body Snatchers. It certainly seemed like someone had come and replaced my wonderful birthday boy with this strange unearthly creature who shrieked and screamed and cried every five minutes. We had to carry him screaming out of every single restaurant. He wouldn’t let anyone play with him, least of all AJ. One night, as we were trying to coax him to bed, it took us 30 minutes just to calm his screams down to sobs.

Whenever G gets this cranky and upset, it manifests itself in his inability to make any sort of choice. If we offer him water before bed, he says yes, then when you bring it, says no. The moment you turn away, he sobs for it again. This night in particular, he literally said, “Yes water no water. Yes water NO water. Yes water NO water.” over and over again! When he gets like this, we tell him that he’s lost his choices and we try to move on. But then he continues to hysterically sob for 30 minutes about wanting water.

The next morning we were planning on visiting our old church in Costa Mesa, and he woke up even grumpier than usual. Jesse and I discussed how we were going to handle things the entire drive. It was decided that one parent would take point with Gregory, so as to provide some consistency. We were also hoping that at least ONE of us could enjoy church 🙂

Gregory wasn’t even through the doors before his tantrum began. As I carried him in, he was muttering, “Take me out NOW. No church. Take me out NOW.” Nice, kid. Tell us how you really feel.

So I took a deep breath and began the training. I took him in a quiet room and explained to him what was going to happen if he continued to disobey. We went back in church. 2 minutes later, he slapped me and started screaming, so we left again.

As a parent, do you ever have those moments of absolute clarity? Where you know EXACTLY what you need to say to reach your child’s heart? As a Christian, I firmly believe that these moments are from God, because He’s fighting for one of His precious children.

He had never heard me say this, so he got quiet as a mouse, listening to every word. I had his full attention all of a sudden. Wow.

I repeated it again, then I gave him a list of choices for when he behaves. I said that I would walk him around to look at icons. Or we could sing songs together. Or I could find him some toys to play with quietly.

“But,” I repeated, “you will only have these things if you obey and made good choices. Your bad choices do NOT belong here. They need to leave.”

I’m not going to say that those words were magic, but almost. I still had to take him out a few more times, but each time I repeated those lines, he was attentive and calm, as though I’d pressed a button. By the time we reached the midpoint of the service, he was a different kid– happy, cooperative, and even paying attention to what was going on. I made sure to follow up on my end of the deal as well, giving him as many options as possible to enforce the power of making the right attitude choice.

And, of course, it got me thinking.

Our world is so intent on making sure everyone has every single choice available to them. Right choices, wrong choices, it doesn’t matter, as long as you have the freedom to decide them. And no one, even those who know better, should be able to tell you what to do.

As counter-cultural as it is, this over-glorification of choices is catastrophic for our society. Whether or not we like it, certain choices ARE quite harmful for us. But our society wants to deny this. We want the freedom of every choice without the consequences for any of them.

Freedom of this sort really looks more like moral chaos. We continue to make bad choices, end up miserable, then go around looking for someone or something to blame for all of our misery. For example, if someone gets bad grades in high school, they will have a hard time getting into college. It’s not admissions’ fault. Or if you burn all of your relationships and then wonder why you don’t have any friends or any meaning in your life– it’s no one’s fault but your own. The most common one is when people spend all of their money and then decide to go on a vacation using a credit card. Spending money we don’t actually have is the ultimate form of consequence denial.

Fixing this problem starts with ourselves. We need to identify and accept the consequences of our own choices. If I pay the bills late, or if I run a red light and get pulled over, I can just accept the fine instead of fighting it or arguing my way out it. If I lose my temper or say the wrong thing, I need to humbly apologize and find ways to act differently in the future. I want my children to see that I’m not afraid to admit it when I’m wrong and should’ve made a better choice.

Or maybe there are times when we need to rejoice in the consequences of a decision. For example, our decision to have kids has certain consequences. We don’t have freedom, extra money, or lots of time. We won’t sleep in until noon. If we don’t accept these “consequences”, we make ourselves miserable trying to make life something that is not and can not be. The moment we accept these consequences, however, we realize what a blessing certain choices really are. We realize that our lives have so much more depth and love in them because we gave up certain freedoms.

Sometimes the consequences of a decision are exactly what someone needs. When I worked at the pregnancy care clinic for 2 years, I saw young women who accepted the consequences of their decisions and raised the children they had created. Instead of ruining their lives, it changed them. They faced reality and became better people and awesome mothers, doing at 16 years old what many people never learn– how to selflessly set aside your life to care for someone else.

If I teach my boys anything, it should be that consequences are undeniable, whether they are from me or from the harsh world that they will have to live in someday. They cannot create their own reality, wherein they get to make whatever choices they want and still remain unscathed. If they eat unhealthy food, they may not see the consequences for many years, but they will be there, eventually. If they deny the existence of God, they will feel freedom of a kind for a short time, but they will spend their entire lives looking for meaning and trying to understand why they are empty.

Our world IS a certain way. I think the first step is accepting it and changing ourselves, instead of trying to change the world to fit our own needs.

“Everybody wants to change the world, but nobody thinks about changing himself.” —Dostoevsky