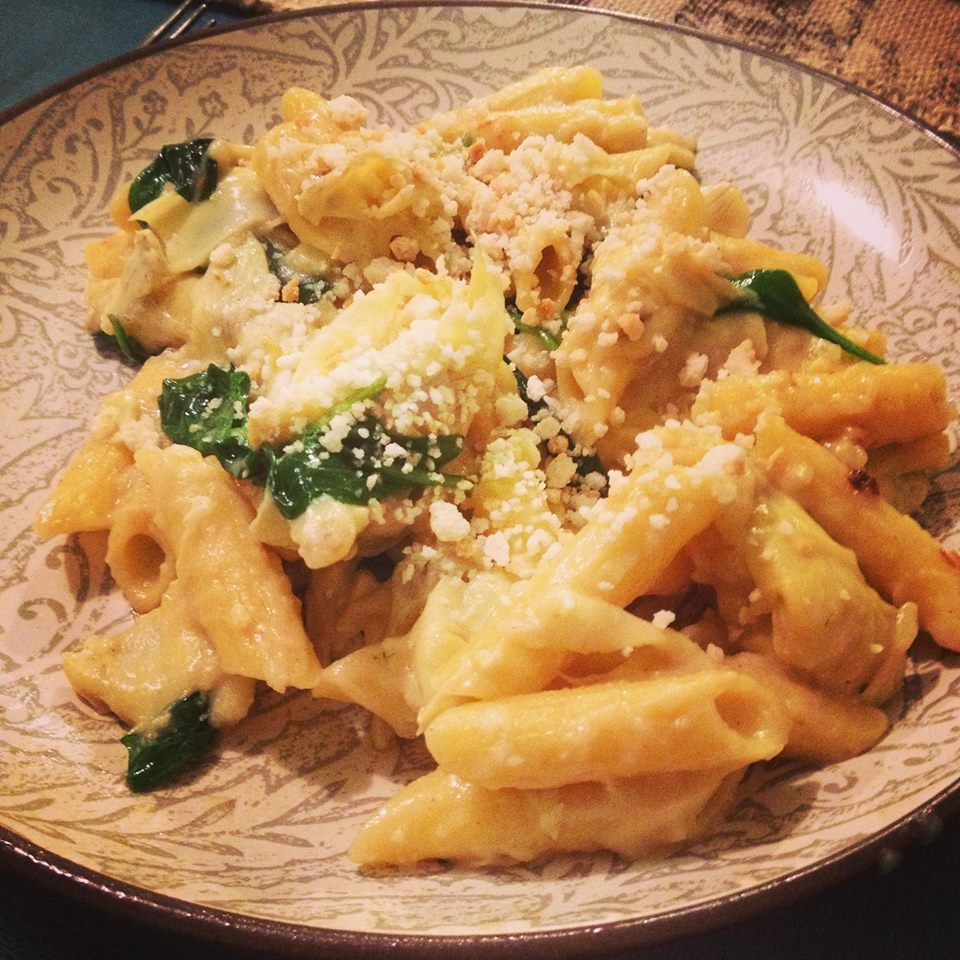 I actually had a different post scheduled for today, but when I posted this picture of our Vegan Gluten-Free Spinach Artichoke Pasta Recipe on Facebook, I got a bunch of requests for the recipe. I basically threw this together with a few tricks, so here it goes! It’s not the cheapest dinner I’ve ever done– costs about $14 to make (which comes to $7 a meal for us, since it provides 8 servings), but IT IS SO YUMMY. I do not exaggerate when I say that if you served this to someone who didn’t watch you make it, they would have a hard time believing it wasn’t chock full of cream cheese. It’s SOO creamy and delicious and just all around wonderful!

Sadly, no matter how hard you try, you won’t have this jolly cook to share it with. I pity you, He’s a real treat 🙂 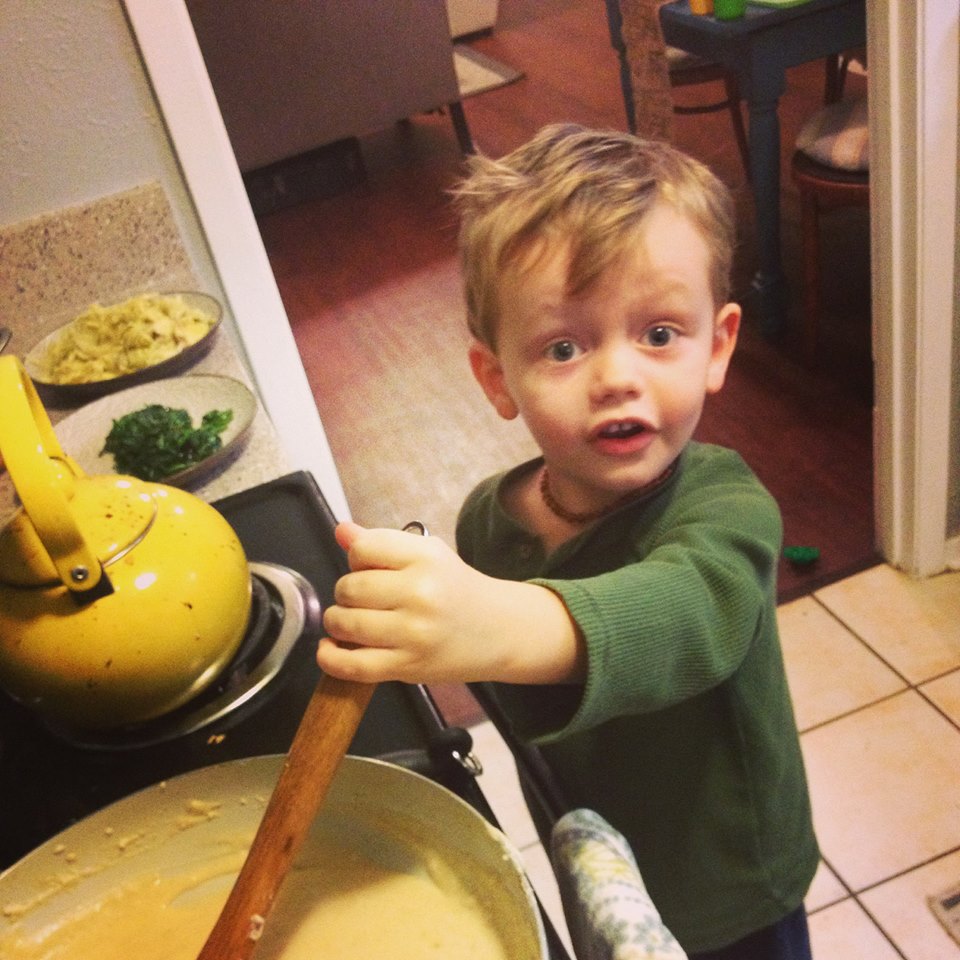 1 large bag of gluten-free pasta (I used corn, but get quinoa to make it healthier if you want)

1 bag of Daiya mozzarella (or the soy-free dairy-free mozzarella at TJ’s, it’s cheaper)

Step 1: Start the pasta boiling in a large pot of water.

Step 2: Melt 2 tbsp. of the butter in your largest skillet. Mince the garlic and add it in. Stir it constantly to keep it from burning.

Step 3: Add ALL of your spinach and stir it around. Watch it wilt and shrivel dramatically. After 2 minutes of pushing it around in the butter/garlic, set it aside on a plate.

Step 4: Add 2 more tbsp. of the butter into the pan (yes, the same one), and stir in the artichoke hearts (you can cut them up into smaller pieces if you want). After 5-6 minutes, set it aside on a plate.

Step 7: Drain the pasta and add to the “cheese” mixture. Add the artichoke hearts, stir for 3 minutes. Last, fold in the spinach.