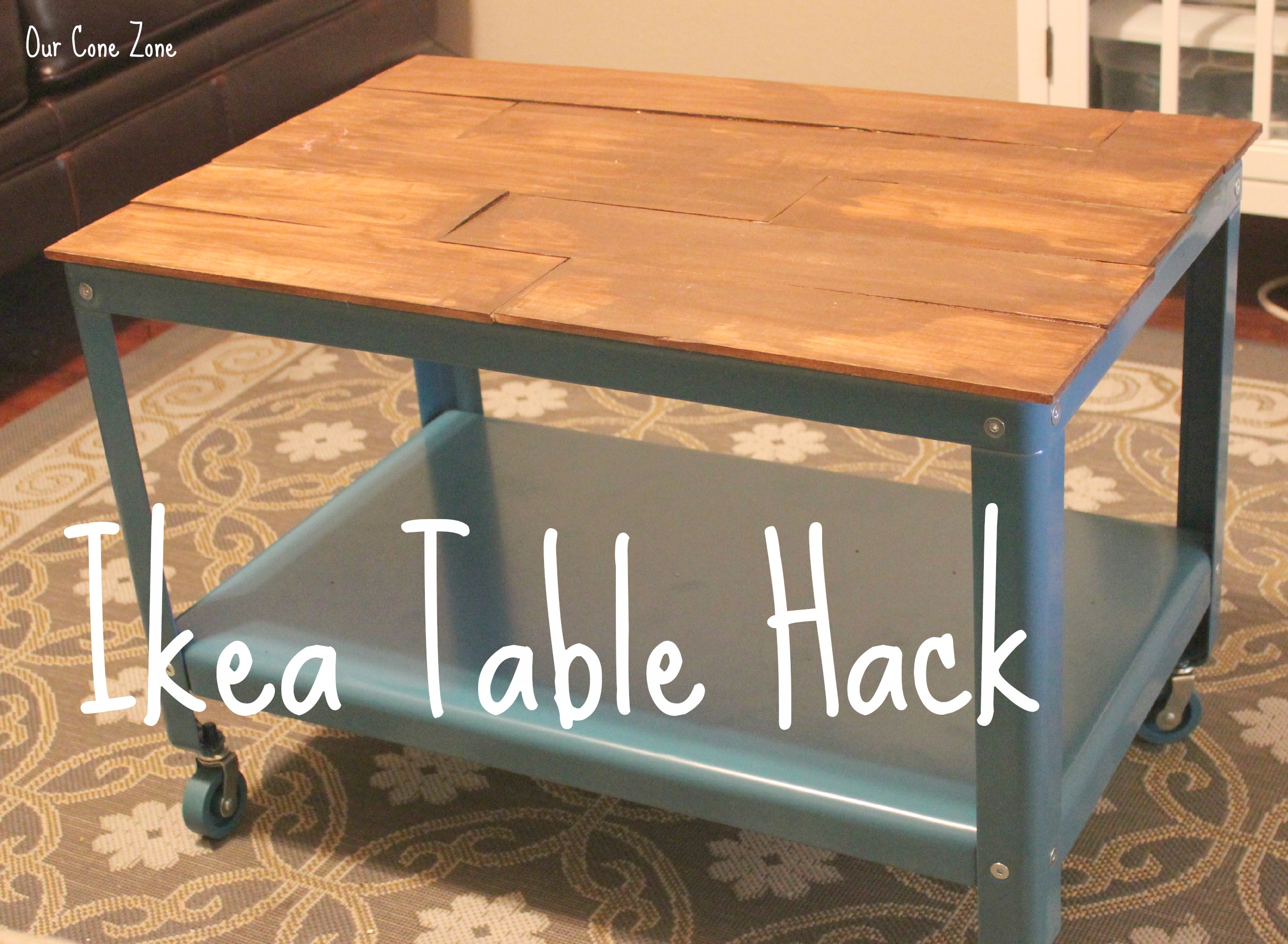 Nope, you’re right. That happens all the time. Especially lately. Last week, especially, I was stuck in the house day after day because we had even MORE repairs that needed doing on our townhouse here in Dallas, and I was afraid to leave for fear that I would miss them and that they would then blame it on me for not being here. I mean, we didn’t have hot water for 3 days. THREE DAYS! So I was in the legal, “I’ve documented this and I’m not paying rent until you fix it” phase, since TX law states they have 7 days when it comes to something like hot water.

Ahem. So that explains why I was stuck in the house doing projects. I couldn’t ALWAYS be doing something practical like unpacking, right?

I picked up the Ikea PS 2012 coffee table a few weeks back, and it’s been really great as a coffee table for our small (er) living space. I can easily roll it away when we’re not using it, making extra space for the boys to run around. As opposed to our previous solution in CA (an ottoman) I can actually balance glasses and plates on this if we’re watching TV late at night. 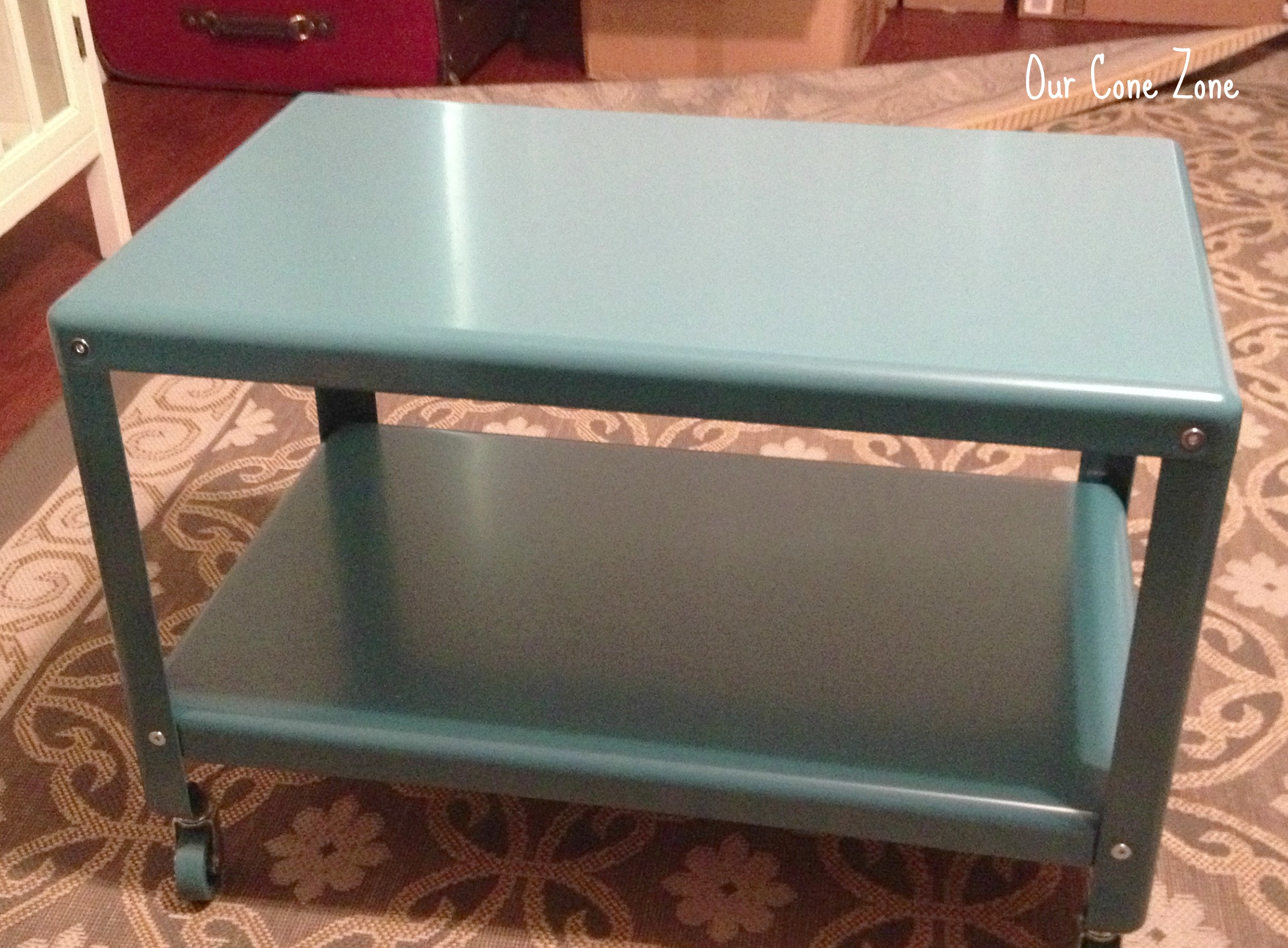 But it’s kinda boring, no? I mean, aside from the fact that it’s turquoise (they also sell it in white, or you could spray paint it gunmetal gray for that metallic industrial look).

I’ve also been in love with a certain couple coffee tables in the past. Like this one at World Market for $300. 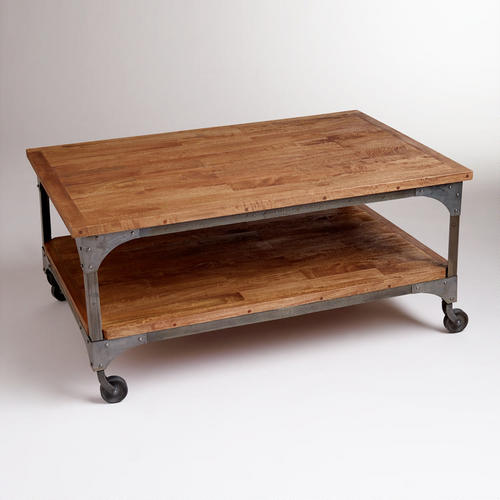 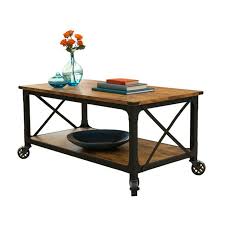 The Ikea PS 2012 was only $49. I bought 6 planks of $2 craft wood at Home Depot, cut them to size in the store (with Gregory cheering me on!), then came home and glued them onto the top. A few days later, I stained them with Vatharane’s “Early American” and sealed it with polyurethane. Since I was going to buy the stain and sealer anyways for other projects, essentially this whole thing cost $62. Woot! 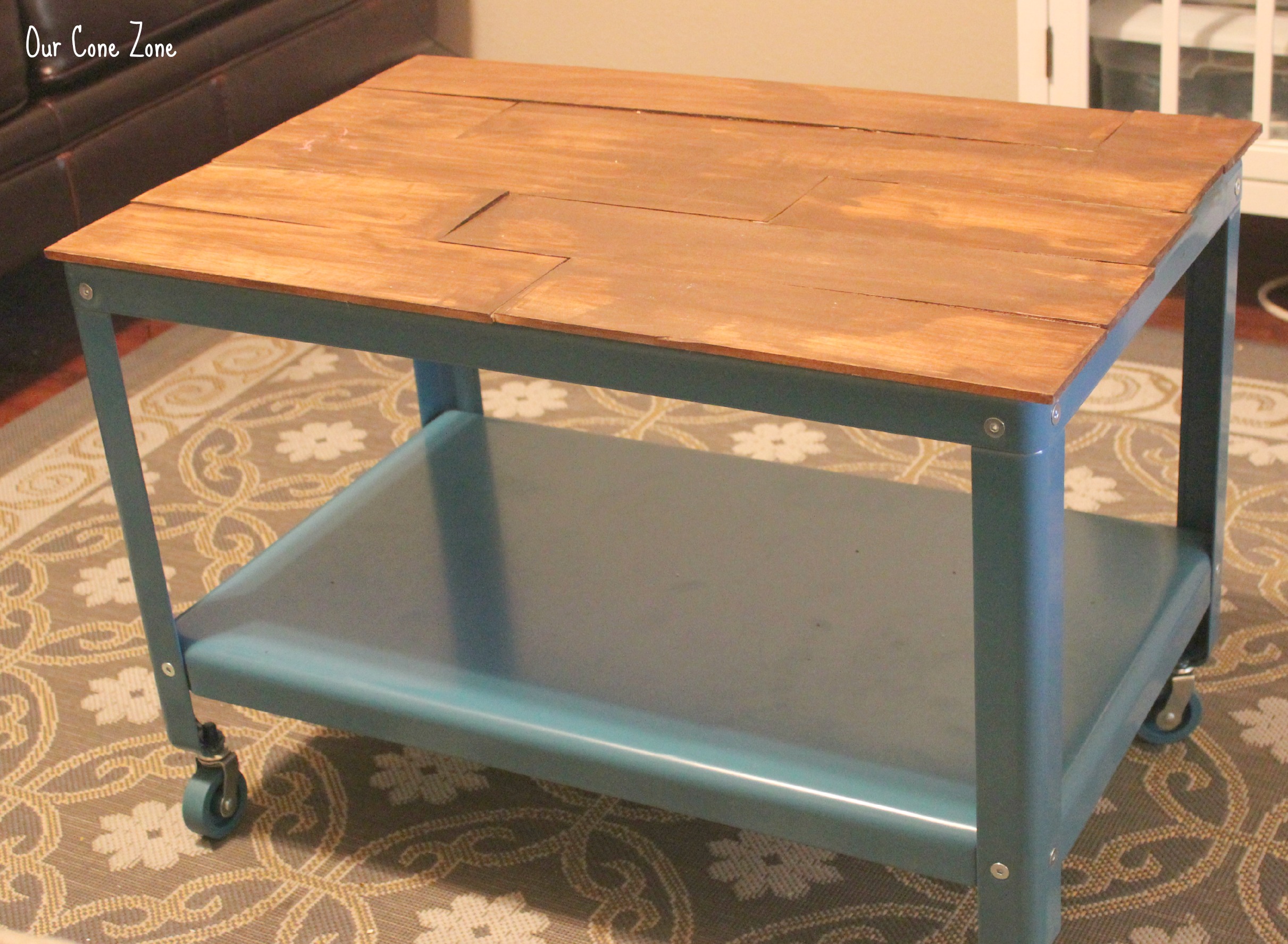 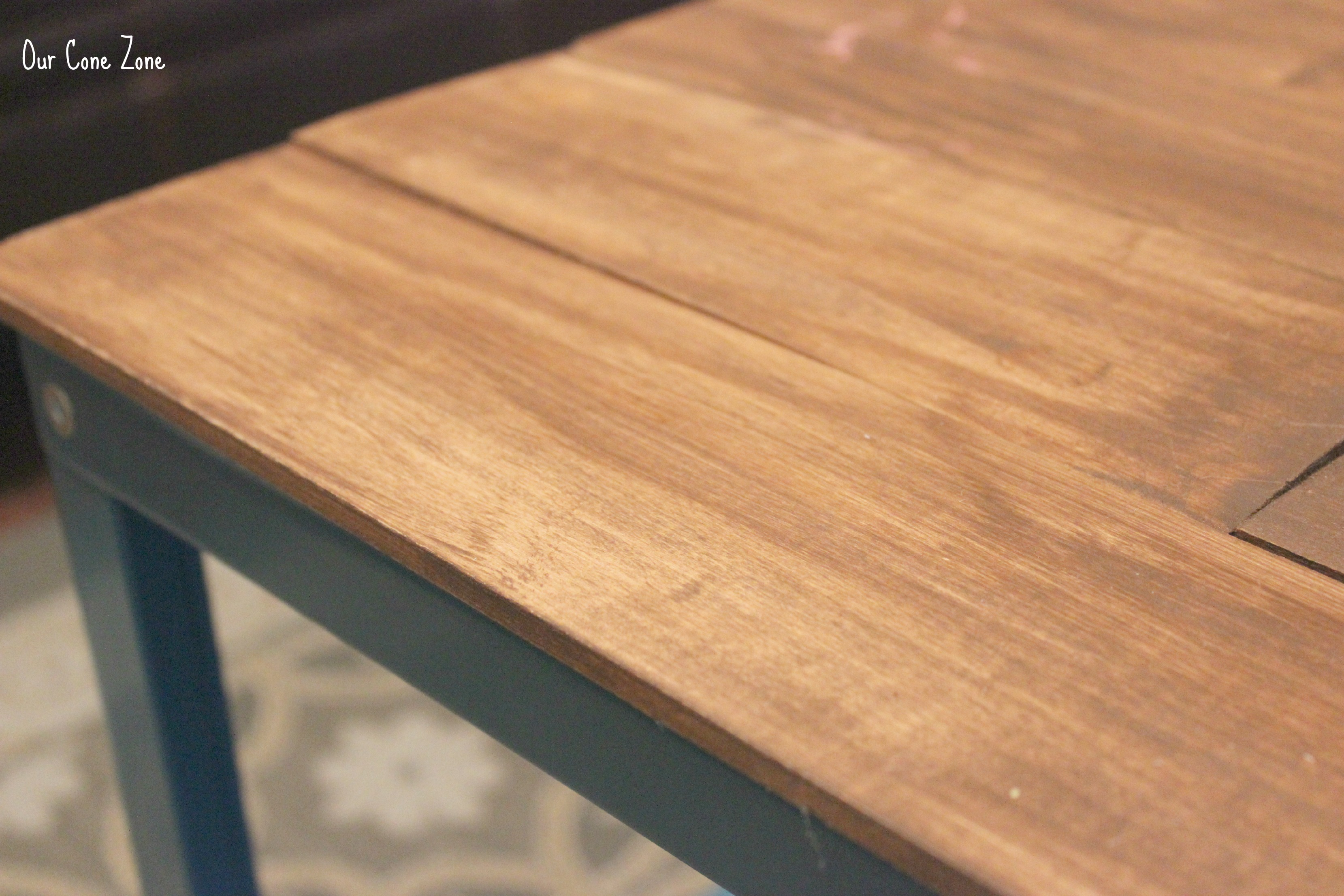 Update: If I had this to do over again, I would’ve first cut a thin piece of plywood for about $6 at Home Depot and glued the boards to that before then gluing them on the table. A few boards have popped off here and there, and if they were all essentially the same “piece”, it would be more sturdy. I’m going to be trying that this weekend!