The good, bad and the ugly. Just keepin’ it real here, people.

1. I used to have a GIANT silver dollar-sized raspberry birth mark on my lower lip. It didn’t go away until I was 7.

2. I was sent home one day in Kindergarten for KISSING A BOY. His name was Todd. I remember the conversation with my mom, and I just kept saying, “But MOM! He was so CUUUUTE! I just HAD to kiss him!”

My 1st year of Kindergarten

3. I attempted to try out for a musical in junior high. I got so nervous, that when it came my time to sing, it came out like a squeak. I ran off the stage crying.

4. When I got my Kindergarten shots, I was so scared and outraged that I kicked the doctor square in the nose with my shoe. They had to bring a few nurses in to pin me down and give the shots in my leg. They hit a nerve and I was unable to walk for a week.

5. I used to take my brother’s stuff and sell it back to him in order to get his allowance money. When that didn’t work, I would convince him that nickels were worth more than dimes because they were bigger, thus our “trades” were in his favor.

I convinced Keith to do many things, back in the day…

6. I was once a cheerleader. I was also politely asked to quit. Long story.

7. I did gymnastics for a few years as a child, and then again in college.

I was always doing flips off of furniture…

8. For a few years in a row, my friends and I pogo-sticked the entire Templeton parade route!  I mastered a few tricks, like jumproping while pogosticking! I actually tried a cartwheel with the pogostick…didn’t end well….. My goal was to break the world record, which was something like 15 hours straight. I made it to 2.

9. I have always been gung-ho about the pro-life movement. When I turned 8, I had all of my friends bring baby stuff for the pregnancy care clinic instead of presents for me.

10. I hated jam, yogurt, and pizza growing up. My mom used to pack me special lunches whenever I went to birthday parties because I was so picky.

11. I have been reading since I turned 3. I used to bring chapter books to preschool because I wanted to impress the snot out of people. Instead, I was always alone.

12. I went to Europe on two different occasions. Both times, I spent over $300 in phone calls to Jesse.

13. I couldn’t figure out what to title my first Torrey paper. Jesse threw out “Destiny’s Children” as a joke, but I thought he was serious. I failed that paper. The title also made the “Top 10 worst Torrey paper titles” list for the program. Yup, I’m kinda famous.

14. My friends and I made it a point to go clubbing in every major city that we visited in Europe. We nearly succeeded, until we got lost near the Moulin Rouge at 1am. As a mom, I look back and can’t believe how stupid we were and that we survived.

15. I was heavier in high school than I was in college. Kinda bass-ackwards.

16. When I was 12, I wrote a letter to the CA state senator asking her to make abortion illegal.

17. I interned at a pro-life clinic for 2 years in college.

18. I used to be really good at the violin. I played for 4 years, and even used to perform on Saturday nights at a local bar with my fiddle teacher!

19. I won a magazine story writing contest when I was 10.

20. I was always coming up with ways to earn money. Once, I convinced my friend to dress up like an orphan with me. We went door to door singing for money. We made like $10! My mom made us give it all back when she found out.

21. I was homeschooled for 4 years and loved it!

22. I broke up with Jesse for 3 weeks at the end of my freshman year of college. I had just turned 18, and I was super scared about how serious our relationship already was. Those were the most miserable 3 weeks of my life. When I told him I wanted to get back together, he said, “Well, I’ll have to think about it”. OUCH.

23. I FELL ASLEEP during my second don-rags (read: massive final that decides your semester grade) in Torrey. Years later, I heard freshmen talking about, “that one student who actually fell asleep” and I said, “Hey, that was ME!” They were not impressed.

24.  I was almost arrested in Italy. Long story.

26. As a kid, I was bit by a dog. I was terrified of them for YEARS, and would even walk the long way to the mailbox so I didn’t have to pass by our neighbors who had a dog.

27. My first year of life, I had 2-3 ear infections every month. I was ALWAYS sick. No one knows why, I just eventually grew out of it.

28. I was bit by a spider in high school and had to go to the hospital for intravenous antibiotics several days in a row.

29. I used to have dozens of pet rats! I loved them so much!

30. My left foot is HALF A SIZE bigger than my right!

Kinda ridiculous, if you ask me.

Not my proudest moment. But I’m under a lot of stress, so give me a pass.

Just recently, I’ve become obsessed with the show, 30 Rock. If you like Tina Fey’s comedic style, even a teensy bit, you will love this show!

Here’s a sample clip from the last episode that made me laugh till I cried. 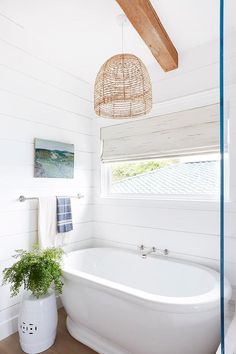