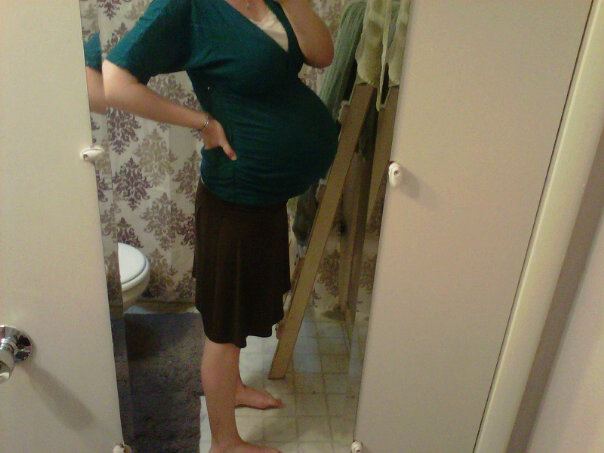 Screw that. I might as well of titled this post: “Let’s Get Every Mom Out There Super Riled Up.”

Or maybe I should have titled it, “Why-I-don’t-believe-in-vaccines-but-sometimes-I-actually-think-I-do-and-actually-I-don’t-know-what-to-think-anymore-but-nevertheless-YOU-must-be-wrong-about-it!”

Regardless of how much one might think I like to sit around and dream up ways to get people upset, I truly think that I have a unique perspective on this subject, having done both sides of the equation. So hear me out. I’m not here to rile, just to present my experience.

The topic of where you decide to shoot your baby out is rifled with controversy. I’m not going to lie and judge other moms for caring or imposing their opinions on others. I’ve been there, I do that. For some reason, there’s this part of the Mommy brain the jumps into “High Alert” mode every time pregnancy or childbirth is mentioned.

I don’t think that the only reason moms tell you what they think is because they need validation for THEIR particular choice. Moms have this protective nature that causes them to want to protect others and their children too. I think it comes from a very good place. But we have to protect both sides of the equation as well– the baby AND the mommy. The baby’s health should never be compromised, true, but every woman is a victorious champion for giving birth. There is no harder thing to do, whether you have a 2 day labor or a 2 hour labor (side note: faster labors are often scarier, more painful, and traumatic!).

I’ve had one baby at a Birth Center (essentially, a home birth, as there is no access to any drugs or doctors, just you and the midwives), and one at a Hospital. I’ve seen this scenario before, but it usually goes the other way around. Often, the first birth is at a hospital and is so traumatizing, the mom decided to go all natural the second time around (Business of Being Born, anyone?). In this case, comparing the two isn’t really fair or accurate. The first birth is ALWAYS traumatic, in certain ways. They don’t call them pioneer babies for nuthin’. A mom who has her first baby with an epidural and then has her second at home isn’t comparing apples to apples. Second births are an ENTIRELY different story, 99.9% of the time. What was once a clogged drain is now a salad shooter. Um-hum. Went there.

So…ready for the crazy part of what I’m about to say? I had a more natural birth at the hospital. Yup. Darn tootin’.

There were a few reasons for this, mainly, the fact that Gregory’s birth wasn’t so much of a clogged drain issue as it was a BABY WHO REFUSED TO TURN issue, but the biggest issue came down to the midwife. Hear me loud and clear– not all midwives are created equal! Just because she has the name, “midwife” doesn’t mean she will make the right call when the time comes. This goes for midwives who work in birth centers, hospitals, or even at home. A friend of mine’s home birth ended in a c-section, and she mostly blames the midwife’s decisions and techniques.

A quick run down:

Birth Center Birth, 2010 (read the complete story here): No drugs, no access to a birthing pool (one girl got there before me and got first dibs on the room with a tub– sad!), induced labor by breaking my water, IV drip for dehydration (I couldn’t keep ANYTHING down, so I was losing energy fast!), episiotomy and stitches. That last part may seem like TMI, but it’s directly relevant in the comparison, I assure you. 99% of the people I’ve talked to were aghast that any midwife ever agreed to do one, especially on an unmedicated woman. They also attempted to turn Gregory’s head during contractions by pulling and yanking on things that should NEVER be pulled and yanked on while in the middle of a very painful birth. Instead of turning him, they just ended up sapping me of all my energy and will to live, to the point where my contractions were doing nothing by the end. Usually, you want strong contractions at the end, right? To push the baby out? Mine were weaker than in pre-labor.

Summation: Yes, I was allowed many of the things I wanted in a birth, like music and candles and whatever food I wanted, and since I was nervous about the “first time”, the birth center’s close proximity to the hospital was a HUGE plus. But my midwife was aggressive and didn’t let the scenario play out like it should. When you induce labor, it brings on the TOUGHEST part right away, with no chance to let it build up. I was a week ahead of my due date, for crying out loud! Why was I induced? Everything was a domino effect after that, in my opinion. I didn’t quite realize how traumatic things were until I had a second birth and saw how different things could be. I was grateful for a natural birth, but I knew that things hadn’t gone great.

Hospital Birth, 2011 (read the complete story here): Due to insurance reasons (um, 100% paid for? Sign me up), we went with a CNM midwife through our local hospital. This time, however, I did oodles of research and realized that French Hospital is distinctly unique for their approach to labor and delivery, which is also why they don’t take complicated births. Their team of lactation consultants was founded by the woman who wrote “The Complete Book of Breastfeeding”. I was allowed whatever food, music and clothing I wanted (no hospital gowns for this girl!). I was never given an IV during labor or delivery. I was able to use the FREE birthing tub that they had waiting for me when I arrived. I did have to get out right before pushing (hospital rules), but if I hadn’t, AJ might not be here today due to his complications. AJ never left the room for tests, and we were able to refuse any and all vaccines and tests that we wanted. I had a lactation consultant ready for me at the push of a button, which meant that AJ and I were a total dream team from the start (he regained his birth weight plus 5 ounces by Day Three!).

When AJ came out with the cord wrapped twice, completely blue and not breathing at all, a team of 3 nurses were able to bring him back while my midwife was able to stay with me and deal with my immediate post birth issues. And, when my after birth emergency complications crashed down on us, I had a full team ready to help me. I think there were 5 people in the room when it all went down. The quickness of the team meant that I didn’t need a blood transfusion.

And when I asked/begged for an epidural? The stereotype would tell you that they pushed it on me, or at least acquiesced. Instead, my midwife chuckled and said, “Oh no, you don’t need that.” Also, she drank BEER with me right after delivery, right there in the hospital. How cool is that?

Summation: Although it was a “sterile hospital environment”, my doula (who also gave me prenatal and postpartum massages at her yoga studio!) brought music and scented  oils to make the most of things. Having a heated tub waiting for me was the bomb. I had the same CNM the entirety of my birth, the next day, and for all my postpartum checkups. My post partum nurses were as sweet as can be, and one of them prayed with me during my delivery. The only “drawback” was the fact that they were required by law to monitor AJ’s heart rate more than I would’ve preferred (it’s rather painful to sit still when you’re in the later stages of labor). Check out https://highesthealthchiropractic.com/pediatrics/ to find out about the benefits of chiropractic care, which helps manage pain in your back, hips, and joints during your pregnancy.

I would choose French Hospital again in a heartbeat, since I know that they would never force any interventions on me, yet I get to save thousands of dollars by having the birth for free. Would I choose a different hospital in another city? Not without a ton of research and skepticism. But it can be done.

As far as birth centers go, I don’t think I would ever choose one again. I would definitely go the home birth route, were I to have another baby outside of a hospital. The biggest thing that stinks about a birth center, in my opinion, is that you have to drive home 6 hours later! For us, that was a big pain– Jesse had just stayed up with me for 32 hours! He was incredibly sleep deprived, as was I (obviously). We had to drive home, get settled, then deal with a newborn without ever getting a chance to rest. I loved that I got to stay in the hospital for 2 days, with all my meals brought to me and someone to come rushing at the push of a button whenever I needed more Ibuprofen or a new heating pad. Because Jesse wasn’t doing the basics of caring for us, we were able to spend 2 days enjoying our newborn. The only drawback was how much I missed Gregory, since he couldn’t sleep at the hospital with us.

Whew! Does anyone else have an opinion about birth centers/hospitals/home births that they’re willing to share? I love hearing other people’s experiences! Truly!