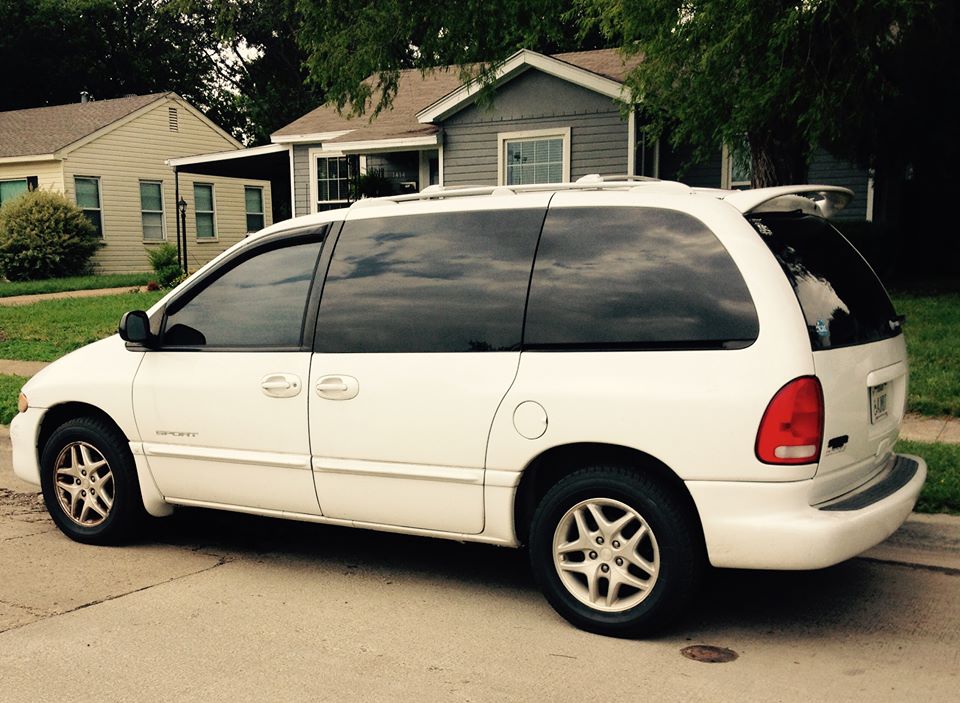 This last Saturday, we picked up our new -to-us-van. Back in 2011, we made the choice to be a one-car family, and have been ever since. Our last 3 homes (2 rental, 1 bought) were less than 5 minutes from our teaching jobs, so it made sharing a car pretty stinking easy.

The only time things got a little tricky was 1.5 years ago when we took our two foster boys-– all of a sudden, there were 6 of us and we only had 5 seats! Fortunately we had really awesome friends pitch in and lend us their second vehicle for the 7 months we had the boys. It did mean we needed to drive two cars whenever we went anywhere as a family, but it was nice not having to buy a second car for the short term!

When we moved to TX, we sold our Rav 4 before leaving CA (our stuff was shipped in a crate to TX and we flew), used a temporary solution car that my gracious brother let us have, then decided to lease our Nissan Leaf around Christmas time. We were still living 5 minutes from Jesse’s job at the time in our awful rental situation, but when we bought our house 15 minutes away, we knew a 2nd car was a necessity on the horizon.

Luckily, I have been teaching online from home for the past year, so a 2nd car was something we were able to take our time about purchasing. Yes, there were days where I went absolutely stir crazy, because having the car for the day meant waking the kids up and driving Jesse in to work at 7am, which meant we were all tired and cranky (my kids and I sleep late!). We only took advantage of this option once or twice a month, as a result, because an outing usually wasn’t worth all of the effort.

Sometime in March, a friend of ours told us about a co-worker who was selling a 1999 van for their disabled friend who was heading into a nursing home. Despite the fact that it was 15 years old, it only had 56k original miles! The woman was the original owner, purchased it in North Texas, lived 10 minutes away, and just ran errands in it for 15 years! Despite a few minor cosmetic issues (a bit of peeling paint/rust on the top, too dark of a tint on the windows), it was in great shape.

And, given how old the year of the vehicle was, the Kelly Blue Book value was super low. We were able to pay in cash, without even using up the majority of what we had saved for a vehicle purchase!

The only catch was that we had to wait nearly 2 months to close the deal because the woman’s Medicaid application was in the works, and nothing was allowed to be bought or sold during that time period. We used the time to purchase the Carfax (just to be sure), test drive it, and wait.

Just this past week, we got word that the vehicle was ready, so we picked her up the day before Mother’s Day! This car really is perfect for our family– we didn’t want to spend too much, as I will only be using it once or twice a week to take the kids to the library or the zoo. I knew that if we spent a lot of money, I would feel super guilty about it just sitting in the driveway, day after day. Now we have the best of both worlds! And we can now pick up the boys’ friends, when necessary, without being maxed out for seats.

The major downside to all of this is the precedent that it set for Jesse 🙂 On my birthday, we ended our option period on our TX house, effectively sealing the deal. For Mother’s Day, we bought me a car. I keep joking that the pressure is now on for our 9 year anniversary! 😉