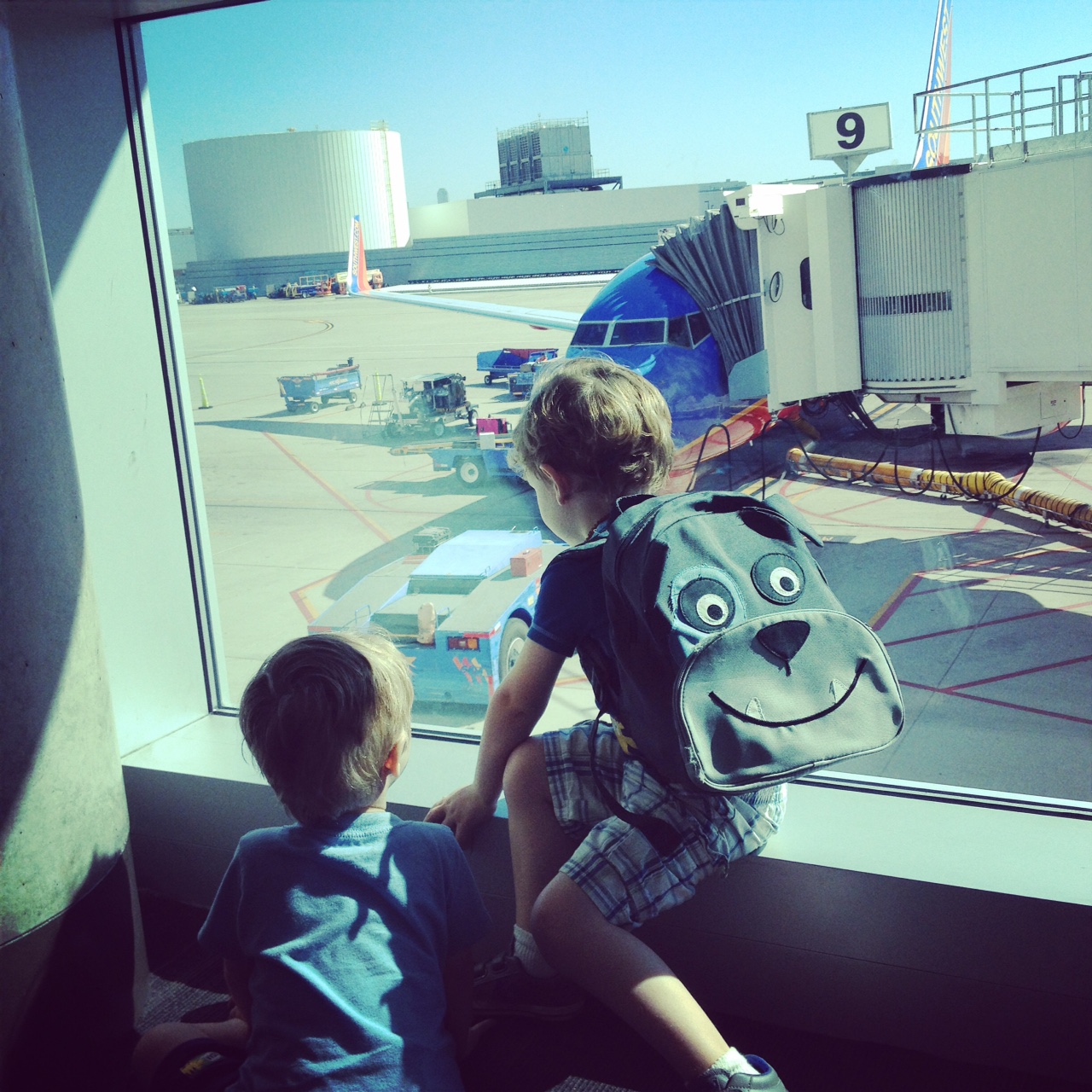 Our family is known for having some pretty spectacularly bad traveling times, especially when it comes to planes going to and fro from TX to CA. Till date, the only time we had a pleasant flight with no disturbance, was when Rick decided to Go Jettly and chartered us a jet from thier site. There is beauty in travelling in private jets.

There was once a time when Jesse and I had to spend the entire New Year’s Eve night in the freezing cold Denver airport with our 2 month old Gregory, with nothing to keep us warm but a few jackets that we had in our carry ons. And then, to top it off, the airline lost our bags for over a week!

Another time,  Jesse had to spend 2 hours with Gregory in the airplane lavatory because he screamed the entire trip.

Yet another time, one in which I was traveling with 5 month old Gregory by myself, he screamed so much that when he finally grew exhausted and fell asleep, the entire plane applauded. And then he had a diaper explosion during landing (during which no one applauded, naturally).

I’m not going to pretend that this one was the worst or anything, but it was less than ideal. We were supposed to leave yesterday at 5pm. Because Jesse had an after-school meeting to attend, he had to take us a bit earlier than we would’ve preferred, but I figured it was better to be really early than cutting it super close. We were at the gate waiting for our flight by 3:15. Just an hour and a half to keep the kiddos occupied? No problem. I had snacks, mac and cheese dinner in a Tupperware, and a DVD player armed with lots of movies they’d never seen, along with a handful of toys. What could go wrong?

Instead of leaving at 5, our flight left at 6:45, after delaying it a few times, boarding everyone, then getting everyone back off the plane because the a/c no longer worked. They then switched our gate to one that was across the airport and said it was leaving in 20 minutes. Naturally, I sprinted (I didn’t want to miss the flight I’d waited hours for!) with two unwilling kids… only to wait at the gate ANOTHER HOUR! I had wrangled the kids alone by myself in an airport for 3.5 hours before we’d even gotten on the 4 hour plane ride! Everyone on our plane was more than a little disgruntled by the time we actually made it on, and the stewardess’ jokes about not serving us the good food they had on the last flight didn’t help things.

So, instead of arriving at LAX at 7:45 PST (9:45 OUR time), we arrived at 9:15 PST. The plane ride was actually the easiest part of the trip, because the boys were more than happy to snuggle up with me and watch movies. I had lollipops for take off and descent (we had a brief stop in San Antonio), which helped with their ears. There was only a 10 minute period where Gregory cried because “the bubbles were in his ears!”, but I was even able to talk him down from that.

Upon arrival, we had already made plans to meet our newlywed Uncle David and Aunt Emily for burgers around the corner, and we were hungry, so we went ahead, despite the fact that it was almost midnight in our TX minds.

All was well, until Gregory started gagging. I took him to the bathroom, but he didn’t want to stay there. On our way back to the table, he puked all over the restaurant aisle and floor. After we cleaned him up (all of the super nice servers assured us this was not the first time this had happened), he passed out asleep on the booth.

And then began the four hour drive home, which went from around midnight-4am Texas time. I drove the last leg of the journey, through fog that was so thick you couldn’t see more than 20-30 feet ahead of the car. The dangerous fog element actually helped keep me alert and awake, surprisingly, so it helped in a way. Boy was I exhausted. Wrangling two kids across the airport, a long plane ride, a dinner, and then a 4 hour drive home made for 15 straight hours of travel while on high alert.

But we are here safe and sound, and I am thankful. Gregory woke up happy as a clam, no sickness in sight, and has been eating normally and using Grandma’s potty like a champ. We are just a little tired, but not too worse for the wear!

Here are a few ADORABLE pictures of my not-so-little baby Gregory (who is about to turn 4 in a few weeks…still in shock). 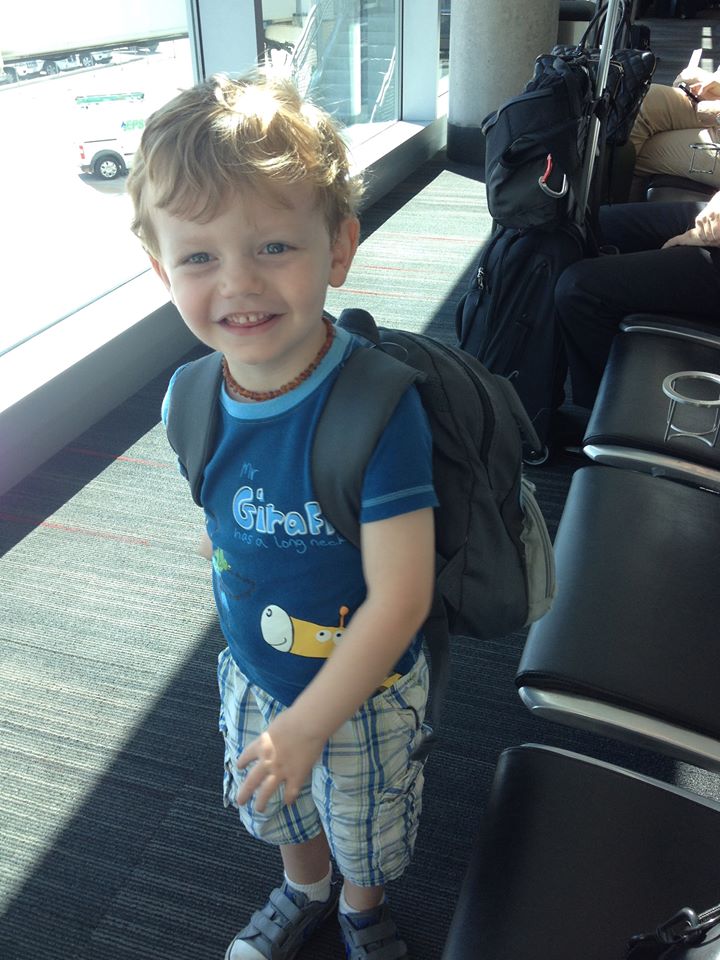 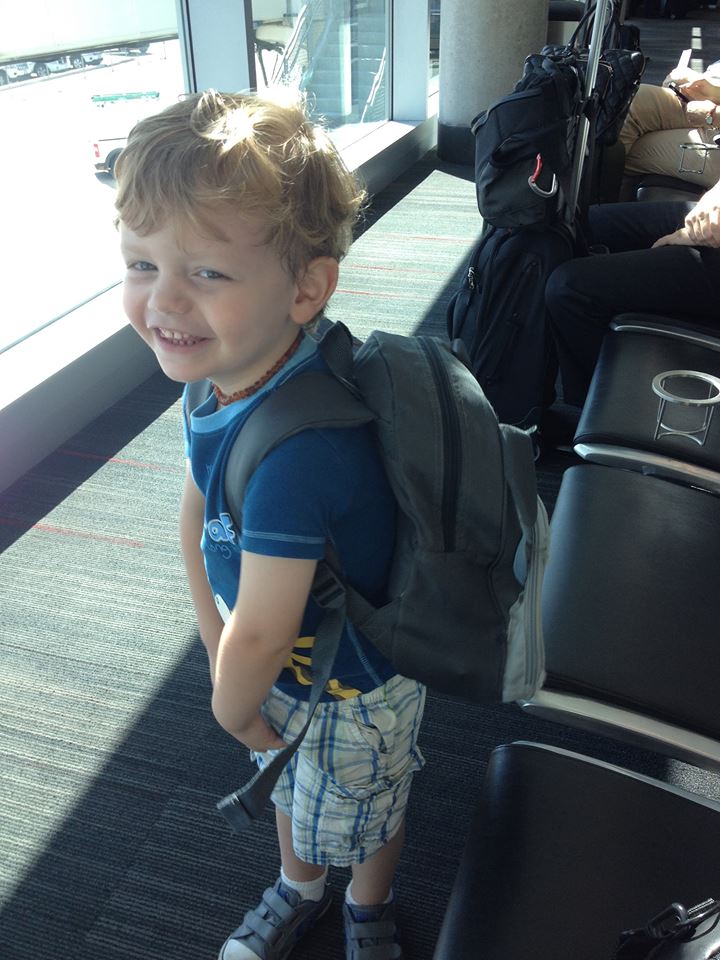 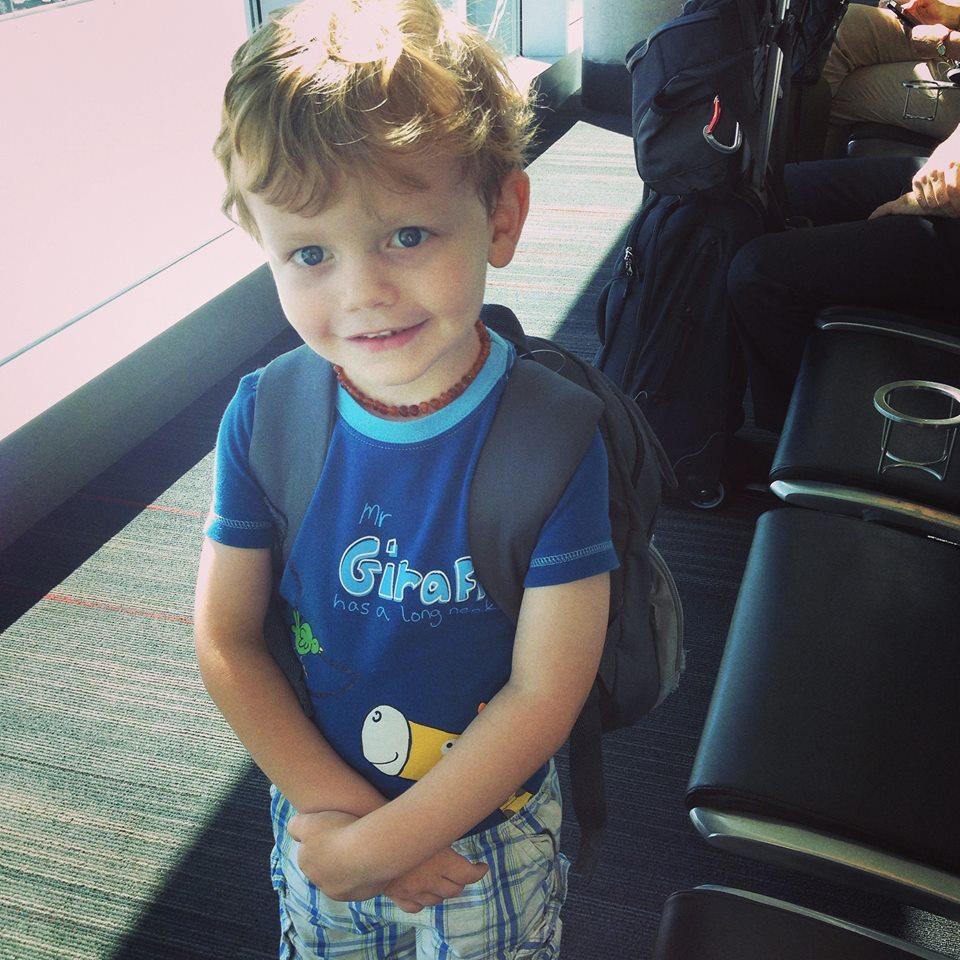