Actually, we are grand-friends! Today was Grandparents’ Day at Christiana’s school, Cambridge School of Dallas. It’s a hardcore classical Christian high school about 10 min. away from our apt. complex. Since Christiana’s grandma lives in Tennessee, she decided to invite us along as her honorary grandparents! Thankfully, I was able to go since I have this entire week off of work. Ah, how much I love being a teacher!!

Jesse and I thought about dying his hair white, but then people would think he really WAS a grandfather, escorting a potential 16 year old student around campus. This is actually referring to me and not Christiana, seeing as I am asked at least once a week, “and which high school do you attend?”. For me, life is an ongoing battle to look old.

But enough about how I am destined to look 16 until the day I turn 70. The visit to her school was charming, and a bit nostalgic at times, especially when the little 6th graders got up to recite the Lord’s Prayer in Latin and Chaucer’s intro to the Canterbury Tales. I felt like I was right back at the Latin School! The high school is a bit more intense, however, as is demonstrated by the fact that the seniors have to spend the entire year writing a thesis, then defend it before a panel of College Professors a few weeks before they graduate. Hey, isn’t that what you do for your PhD, not your high school diploma? They also have extremely strict dress code standards- white uniform long-sleeve polo shirts with plaid skirts, saddleback shoes, and specific stockings for the girls, and uniform shirts, ties, blazers, and doc martens for the boys. Apparently, this is lenient compared to most Dallas private schools, as Cambridge actually lets girls wear jewelry and makeup!!

Here are some pics from our visit, iffin you want to see!

Yesterday, I had an affair with my best friend. Also, the universe collided and I had three of my favorite people visit me at the same time.

Okay, what really happened is Tess was flying home for Thanksgiving and had a layover in DFW airport. Now, she had told me this much earlier, but I didn’t put two and two together to realize that she would be here when my mom and Janelle were visiting. So she gives me a call telling me that her flight will be in at 4:15, and we should hang out until 6! We spared no expense and kidnapped her, taking her to my apartment to hang out for a bit (since we are less than 10 min. away from the airport).

It’s really a lot of fun having Tess here, not just because we’ve been hanging out for 17 years, but also because she is great friends with my mom and sister. She not only accepts our goofy-off-the-wall-Honeycutt-randomness, but she joins the fun. For instance, I had not told Jesse anything about Tess’ possible visit, so when we got back to the apt., we simply had her unlock the door and just walk in as though nothing were out of the ordinary. Jesse was just a tad bit surprised.

Here are even more examples of our weirdness when we’re together:

Once we had to bring Tess back to the airport after her brief hangout with us, my mom and I went shopping at Kohls, then picked up Jesse and Janelle and went to hang out with Katie, Christiana, and John in Downtown Dallas at a “Chocolate and Wine” cafe. It was a lot of fun, mainly because we love chocolate and coffee and late hours of the night, and also because there was a live Jazz band.

Believe it or not, she’s actually saying, “Statuatory Rape”. It’s sorta an inside joke. Don’t worry if you don’t understand.

We hung out with them all today too, as is typical after church. Today was a little different, however, because in honor of my mother we set up a Scrabble board at La Madeleine’s and held a huge game! I was a little sleepy, but it was so nice to be with friends and family at the same time….sorta like Thanksgiving! Only…..a little premature:)

I just recently found out how much many of my kids are paying to go to the schools I teach at. It astounded me, so I wanted a little feedback on what you’ve heard about Montessori, and if it works. So far, I do notice that the kids seem to be brighter and more confident, but I would like a little more proof than that before I shell out the money for my kids someday. Keep in mind, these are PRESCHOOLS.

Here is the most expensive of the schools- Castle Hills Montessori. They have electives in the afternoon, such as Chinese, Spanish, ballet, sports, drama, and of course, piano. It costs around $1100/mo. for an 8-3pm day (not including the extra for afternoon care and/or tuition for electives). They have cameras in every room, and they are projected to at least 10 tvs in the lobby so that visitors can see EXACTLY what happens all day. Here is their website. They also have a virtual tour at the bottom of the page where you can even catch a glimpse of my piano room.

Well, you asked for it and here they are! Pictures of our apartment. There were too many to post here, so I put them on a folder on facebook and posted a link.

As a bonus, I am including 3 videos of my incredibly adorable piano students! These are just 3 from a school that I teach on Thursday nights- I couldn’t possibly capture every cute moment from all 150 of my students, but I did happen to get these:)

This is two of them singing my “Jack In a Box song”. It teaches them both piano and forte in an easy to remember way:)

This is Grace- she is 3 years old, and already a cheerleader!

Lastly, this is Lydia. She is five years old, and only been taking piano for 6 weeks now!

That’s all for now! Gotta get up and go garage sale-ing with the mommy and sissy tomorrow:) 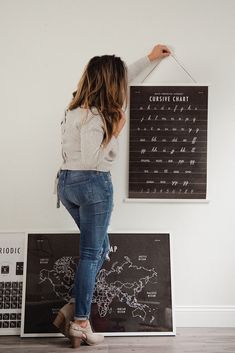 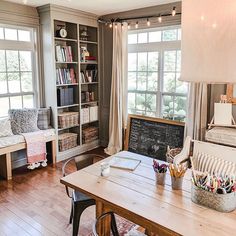