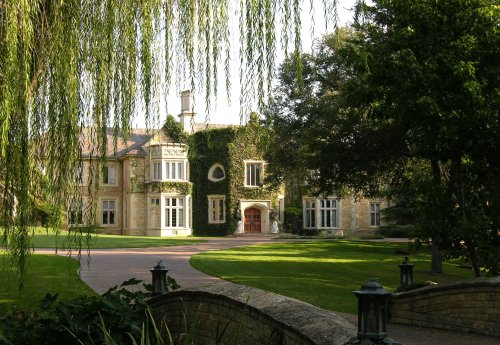 Not our house, har-har, but this is just down the street from us behind Jesse’s new school

It’s now been a week since we flew into Dallas. Jesse first brought me to see our new apartment last Saturday, and I have to confess, I was a little disappointed– not because I didn’t like the place. It was just filthy! While the last repair guy to come out did redo the countertops like he was asked, he also didn’t notice that it had been raining. There were muddy boot prints smeared ALL over the floors, bathtubs, you name it! Also, he didn’t cover the bathroom sinks when he sprayed the counters, so they were covered with a gritty gravel substance. The sinks were also streaked with rust, the broken sunroom door that they had promised they would replace was, in fact, still there, and the dishwasher looked like it was from the 1950s. There was someone else’s old truck filled with empty beer bottles parked in our carport out back (turns out, it’s our neighbor’s deadbeat son). We didn’t even have a clicker to open the gate to our carport (or the key to the community pool, but that’s small potatoes for now).

I called our property manager, and he sent someone out on Monday. And someone again on Tuesday. Things still weren’t getting done, however. It was as though they just needed time to assess.

Then, the ancient dishwasher actually broke. I was actually grateful for this one– our fridge is kick-A awesome, since we had to buy it ourselves and I found my dream one on Craigslist (new in the box with the warranty still good!). And the stove was also brand new. So I was actually thrilled that they would now have to replace the dishwasher, which they did on Wednesday.

But then we couldn’t hook up our new washer and dryer because the old hoses were still attached and were too rusty to remove.

And then we lost hot water because the water heater thermostat broke.

He was very apologetic and said it would all get done tomorrow. Repair guy #1 came at 11:30 am and replaced the sunroom door (which may sound cosmetic, but it was missing the outside handle and had a 2 inch gap under the door, letting in all sorts of bugs and hot TX air). Repair guy #2 came at 1pm and fixed the water heater and hooked up our washer and dryer. Someone from the HOA office called me at 2pm about our clicker for the carport.

Someone’s supposed to come this afternoon and replace the sinks and faucets in the bathrooms, so it looks like the end is in sight. This is definitely a far cry from when we used to live in Euless, a newer suburb, with apartment complexes only 10-15 years old. I have to remind myself that we now live in the city of Dallas, where demand is high and buildings are older (we got this place before it even hit the market, and we had to turn in the application same day in order to get it).

But, there’s a huge plus side, one that I’ve been becoming more and more thrilled about as the week’s gone on. We now live in the city, a 2 minute drive (literally) from Jesse’s job. We don’t have to drive 20-25 minutes into the heart of downtown, we’re 5-7 minutes away. We are close to everything, getting to know the city in a whole new way now that we have to live here. The ethos is much different than in the suburbs, and I have to admit that I kind of love it. 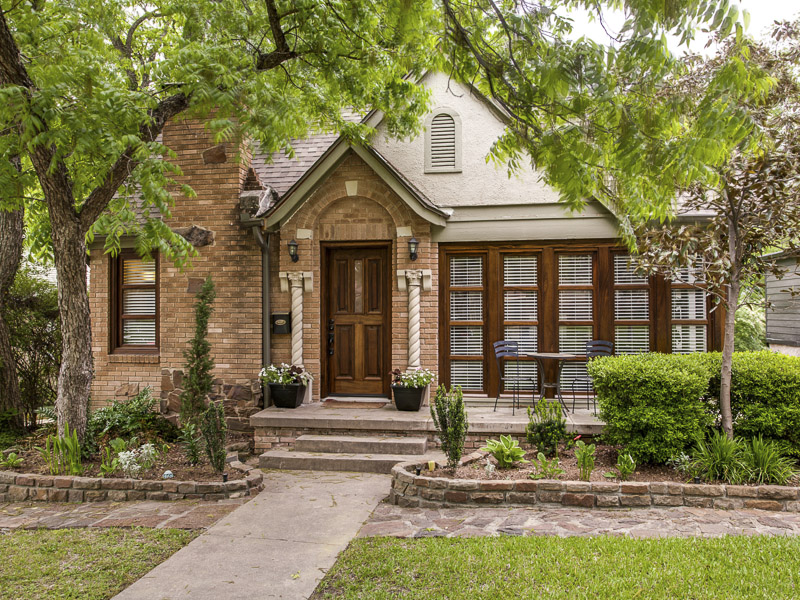 In a few years, we’d like to buy a home like this in the Santa Monica/Hollywood Hills section of Dallas. Hard to believe that homes like this are actually in our price range!

I’m also struck with how neat the city of Dallas really is. Honestly, if there were a few mountains nearby and the weather was a bit less extreme during July/August/January/February, the cost of living here would be sky high. As it is, certain sections of the city are more expensive than homes CA, they are so beautiful and sought after. The Museum of Art is now free, along with a Holocaust museum, and a gigantic zoo, all within 10-15 minutes of us. The public transportation has tripled in size since we left here 3 years ago. As we drove through downtown, I saw at least a dozen new buildings and skyscrapers I had never seen before because they’d just been built. The freeway even goes underground now at one point because they built a giant park over it! We especially love the Santa Monica/Hollywood Hills region, right to the east of downtown. 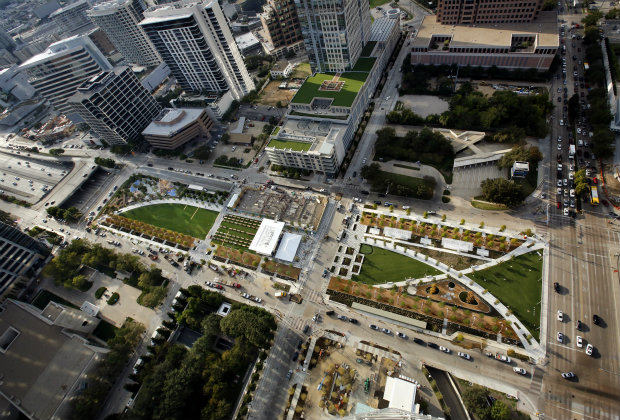 When we left 3 years ago, In n Out and Trader Joe’s were the stuff of legends. Now, there’s at least 8 of both within close driving distance. These are the important things, right?

All in all, I’m glad that we get to live in such a cool city, even if it means I have to call out the repair team more often 🙂