Warning: Declaration of StatigramWidget::widget($args) should be compatible with WP_Widget::widget($args, $instance) in /home/ourcon7/public_html/wp-content/plugins/instagram-image-gallery/plugin.php on line 224
 Weather Archives - Page 2 of 11 - Our Cone Zone 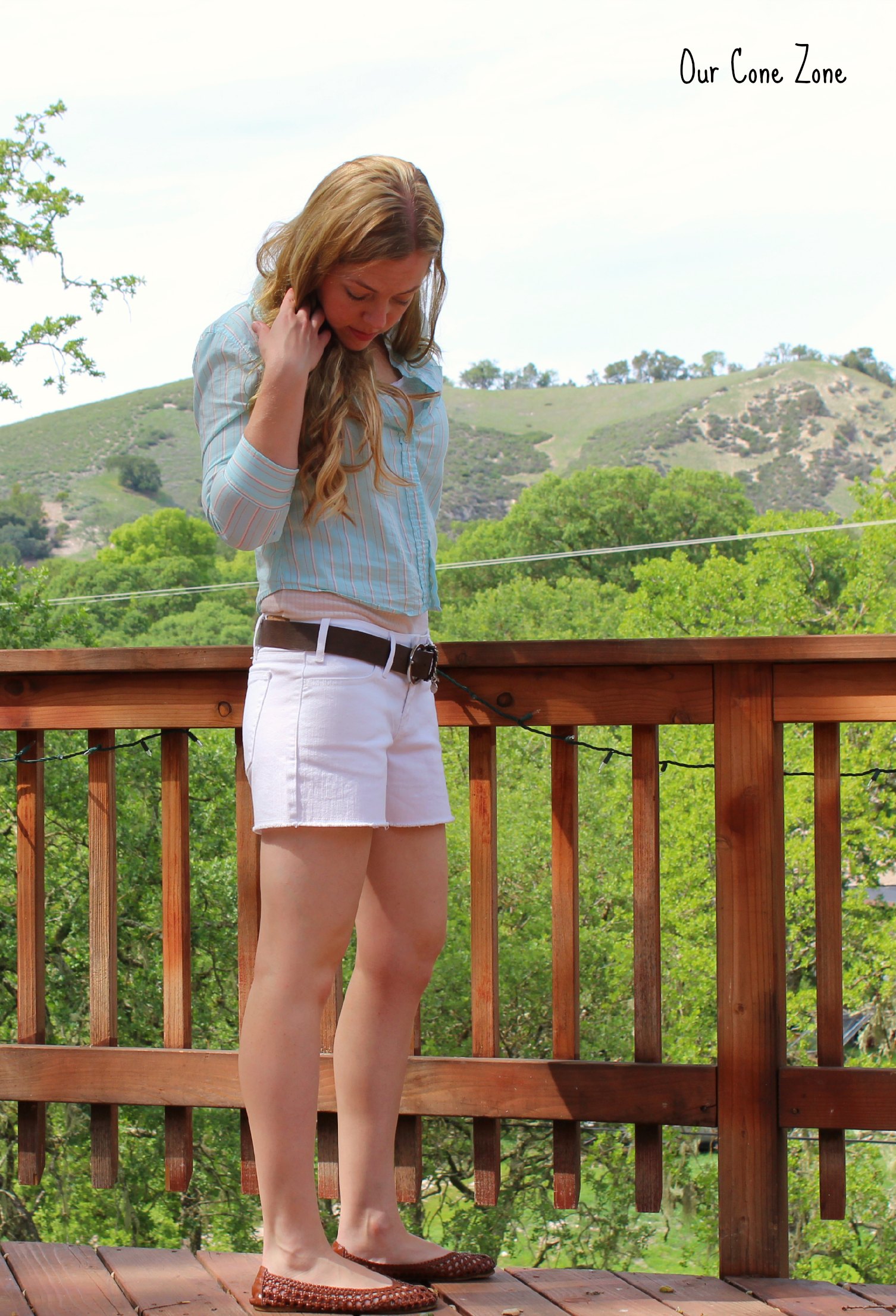 After a week of POURING rain, spring has sprung here in California. The last three days have been a sunny 85 degrees, and it’s finally time to break out the Levi shorts I bought at a garage sale a few weeks ago. 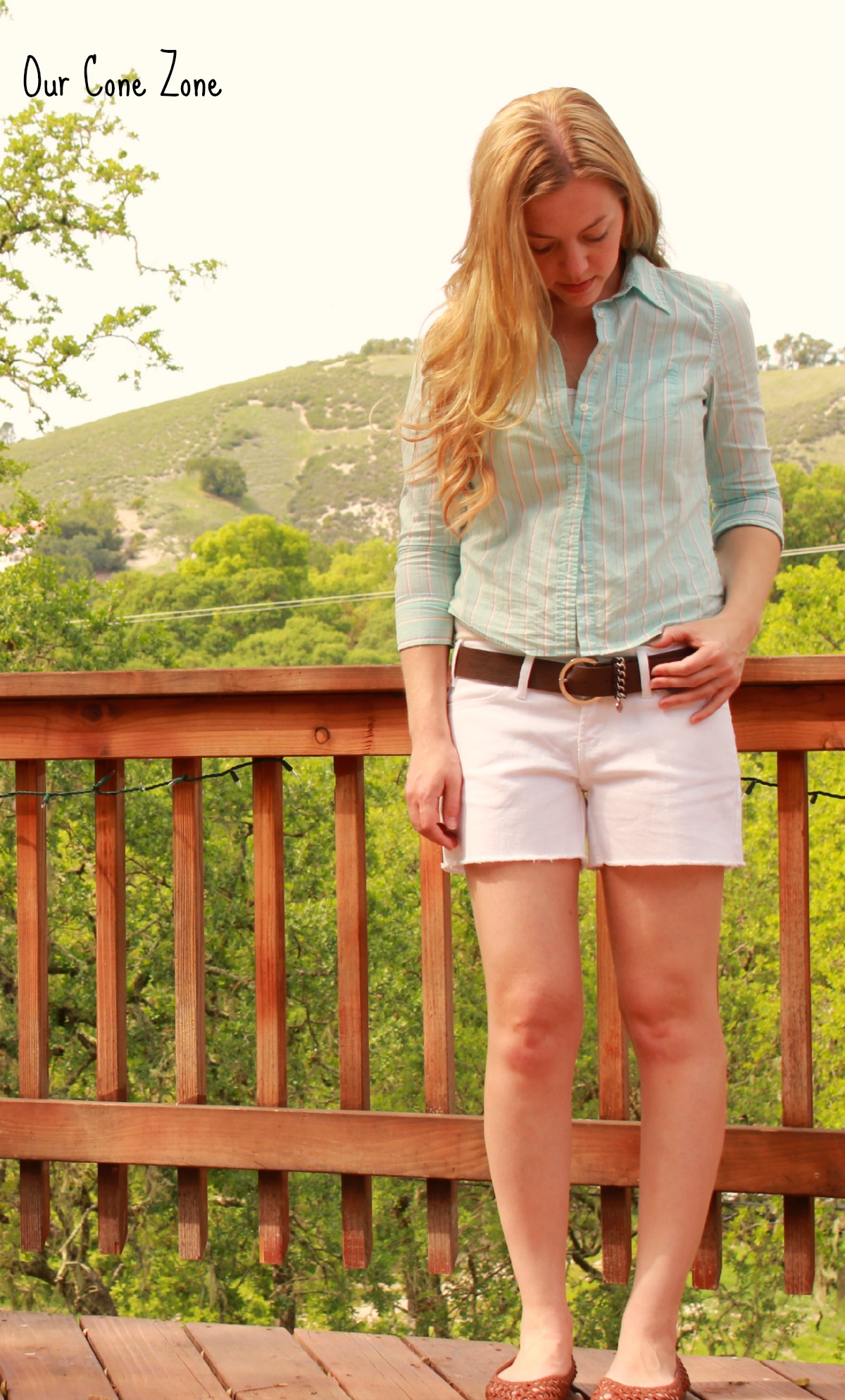 I must confess, I went into my 10 year old’s karate dojo today to pay April’s tuition, and one of the teachers looked at me and said, “You shouldn’t be allowed to wear shorts! Come back when you’re tan!” He then proceeded to tell me about his trip to Cabo and how tan he got.

I let him finish, then I said, “Well, I’ve already had two brushes with skin cancer. So, thanks, but there are more important things in my life than sun-tanning.”

Boy did that shut him up. Some people, right? 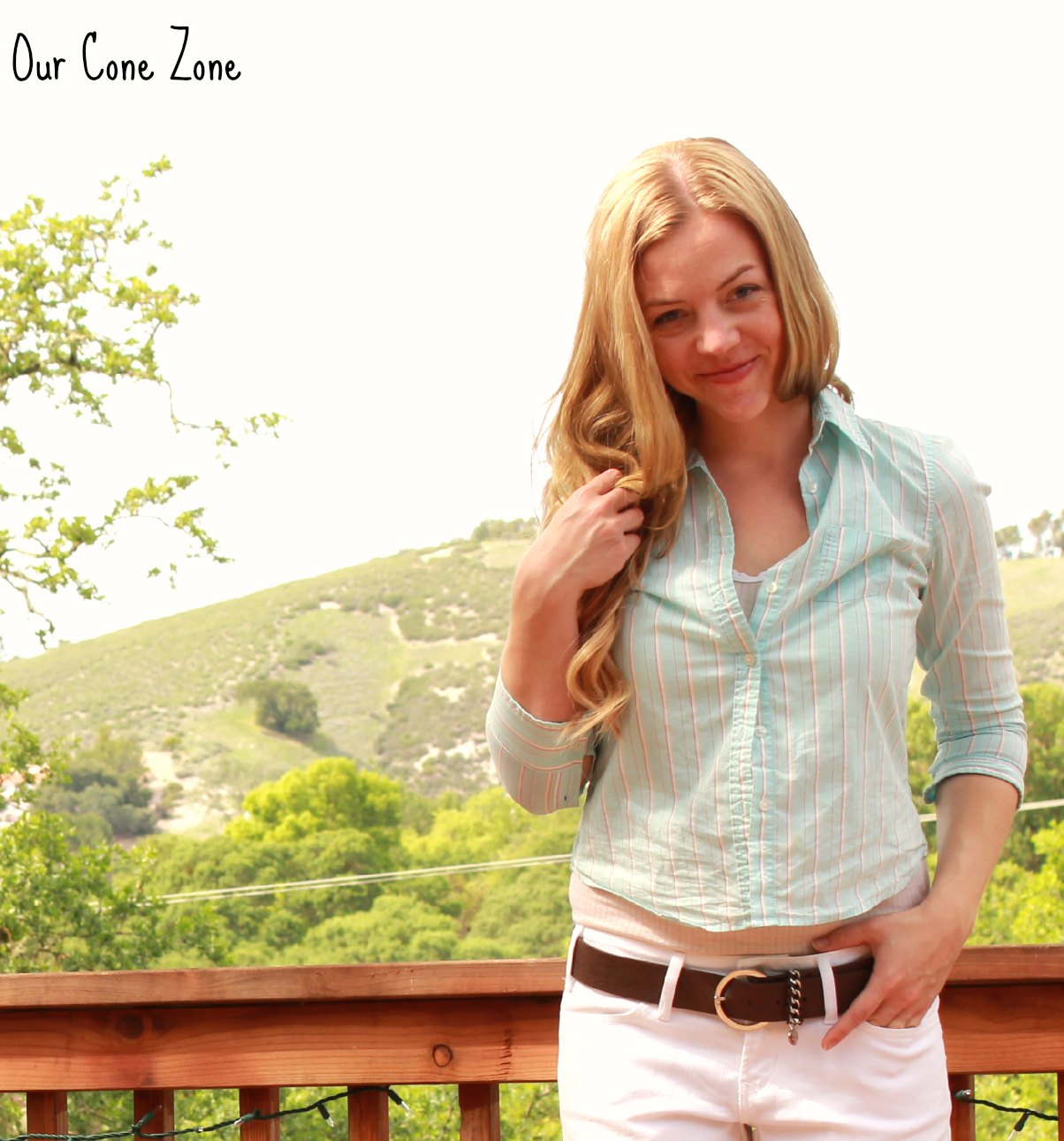 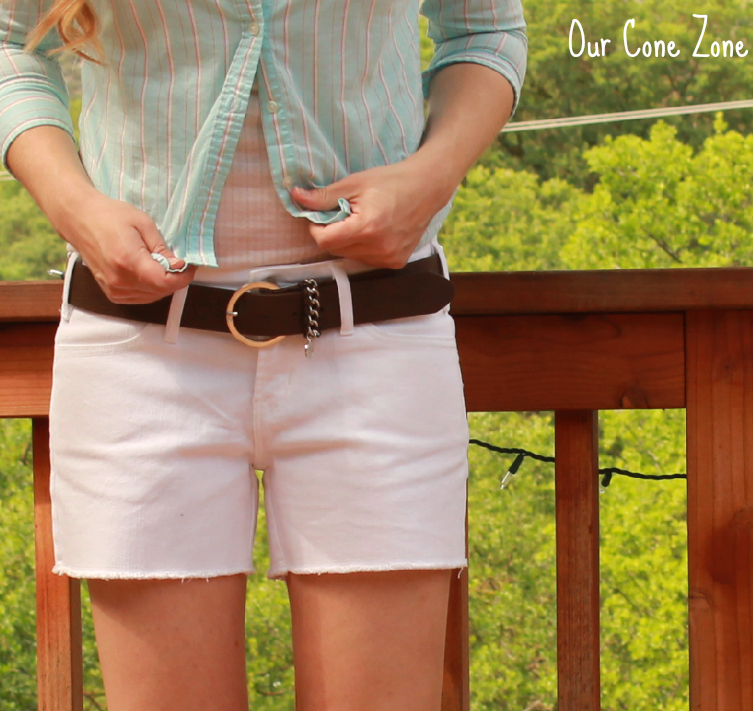 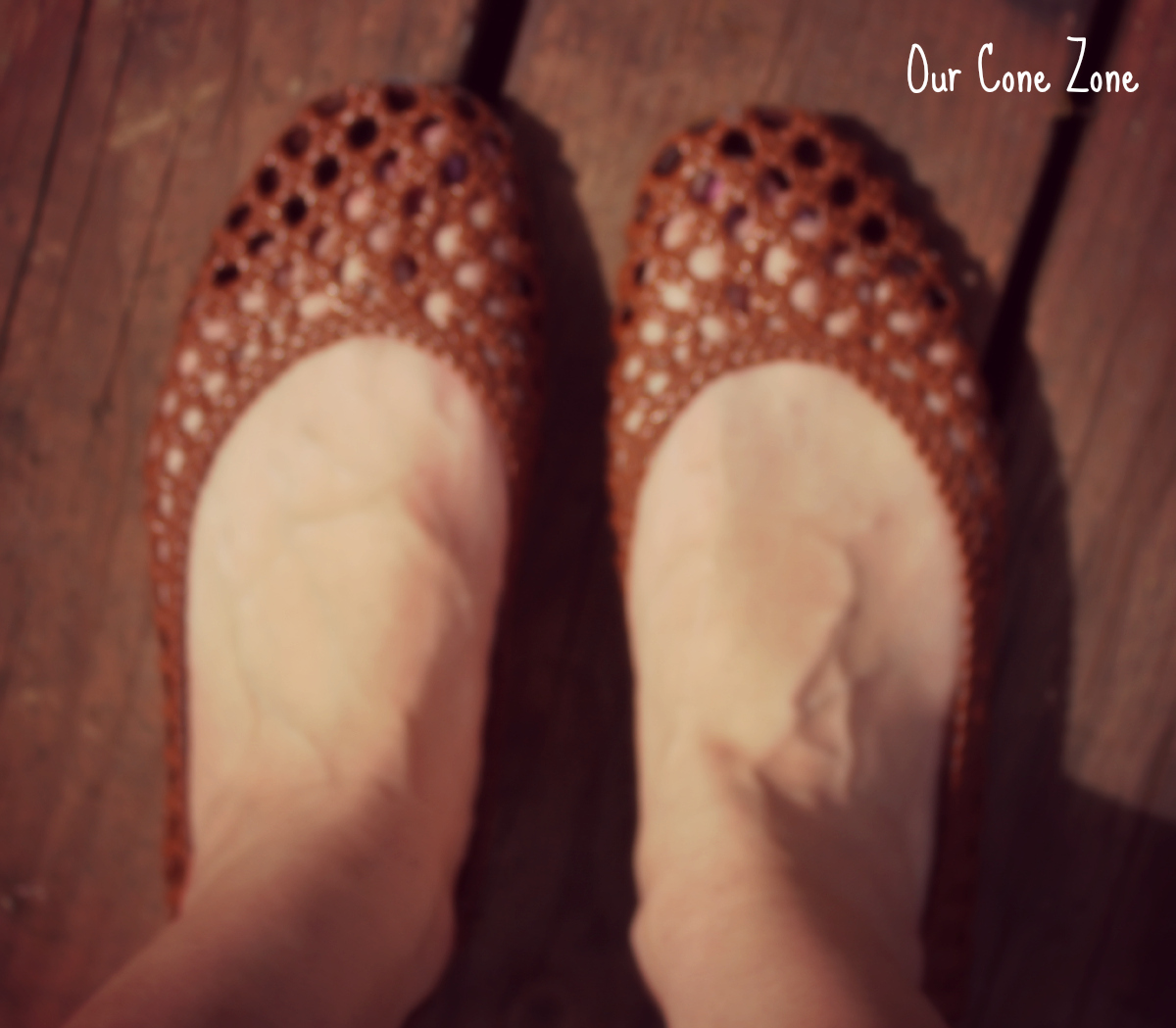 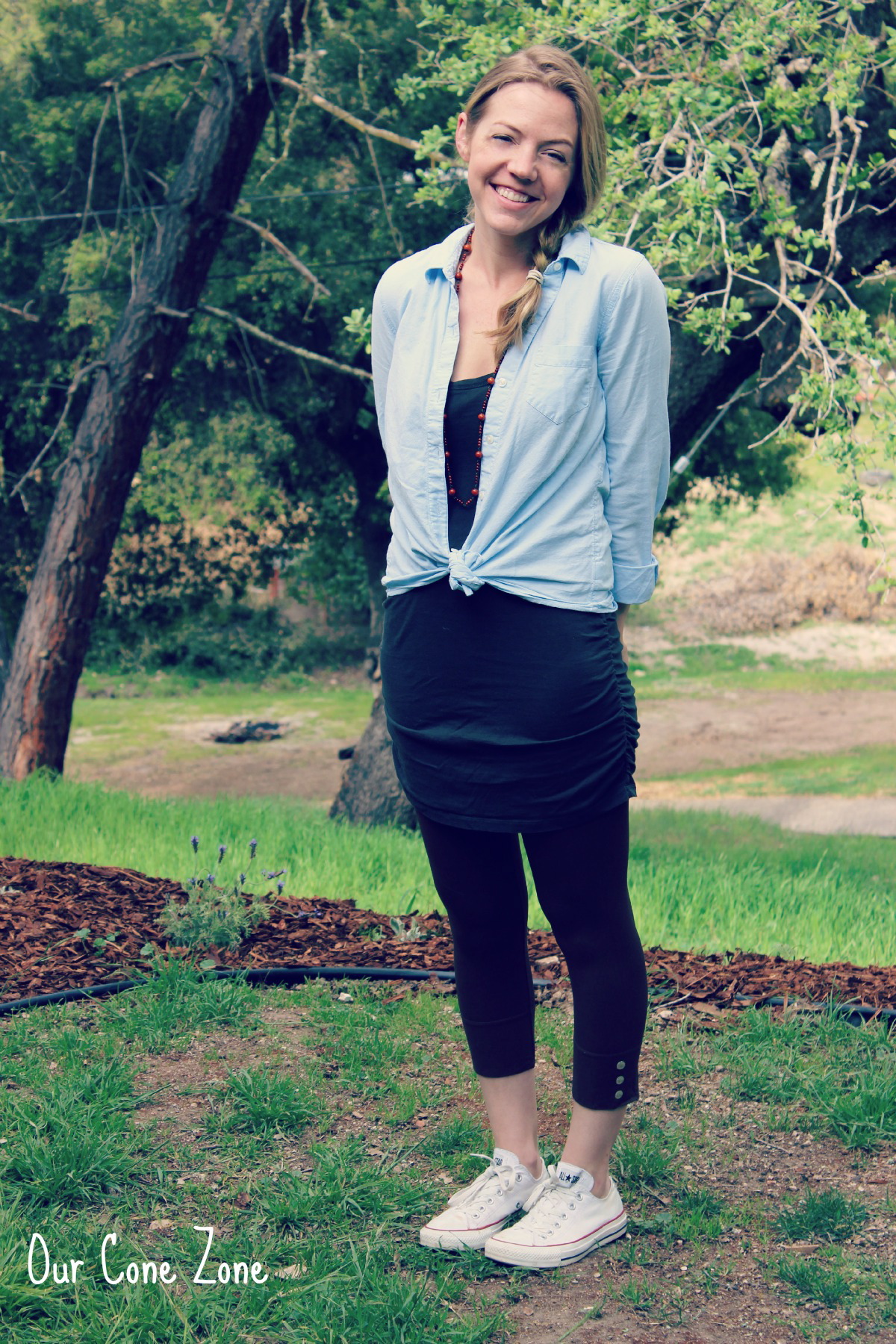 When I said last week that I needed to form a support group for all the chambray shirts I have, I really wasn’t kidding. In fact, Target had this really cute one the other day, and I found myself wanting to buy it before I remembered how many I already have! What is wrong with me?

Spring has definitely hit our part of California, full force. It’s not time for shorts yet, but it’s definitely time for tunics and leggings! Now, if it would only stop raining long enough for me to get to the beach for some sun! 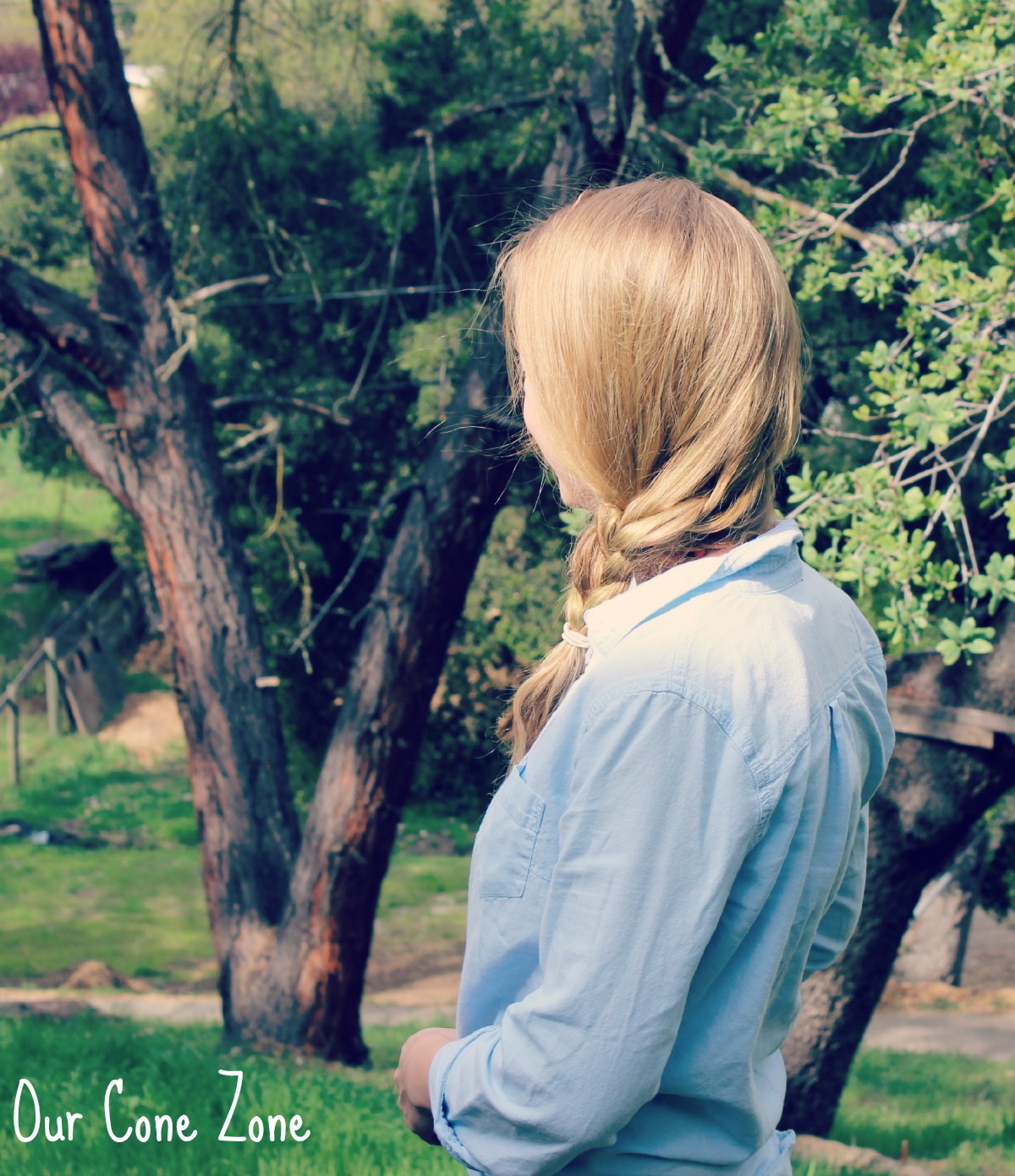 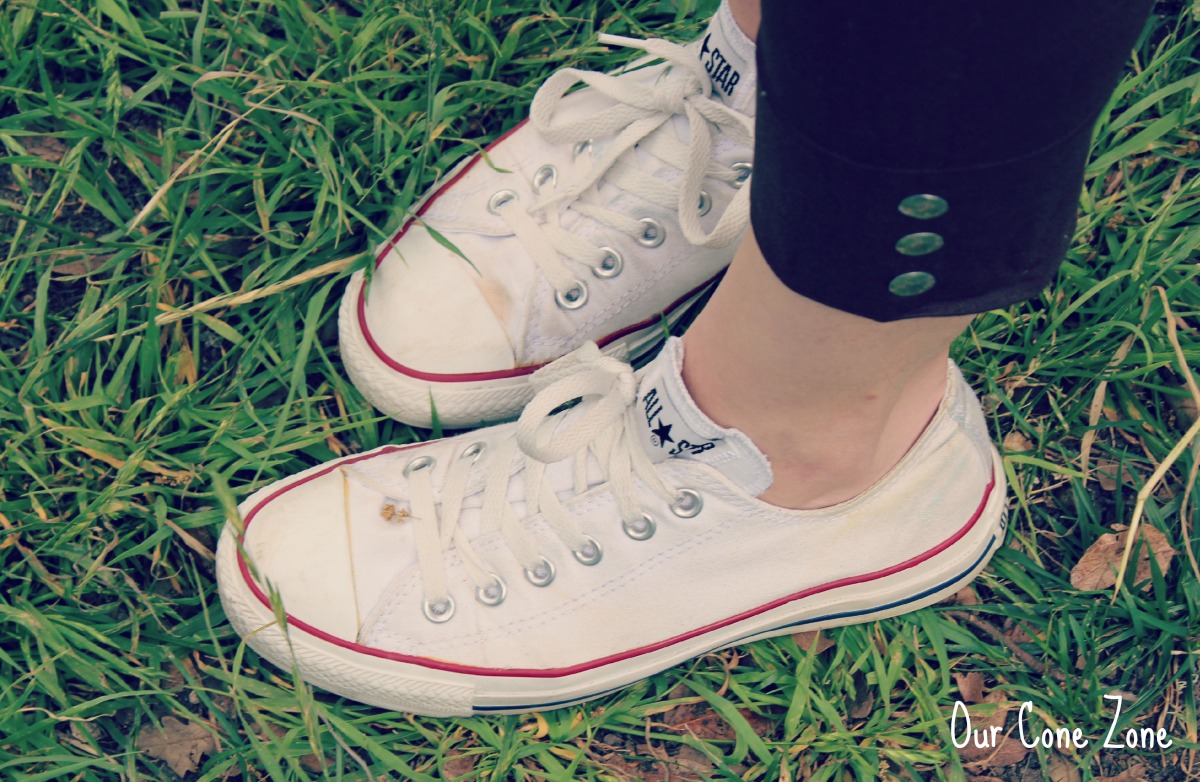 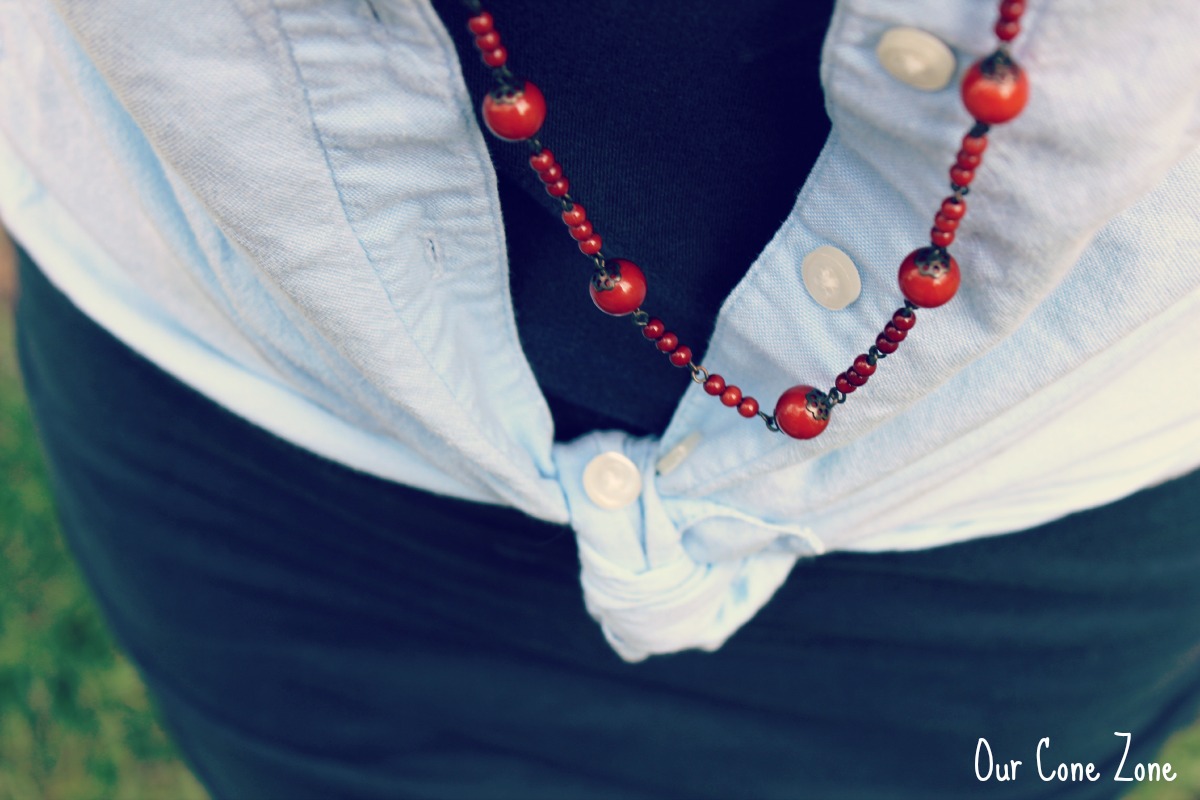 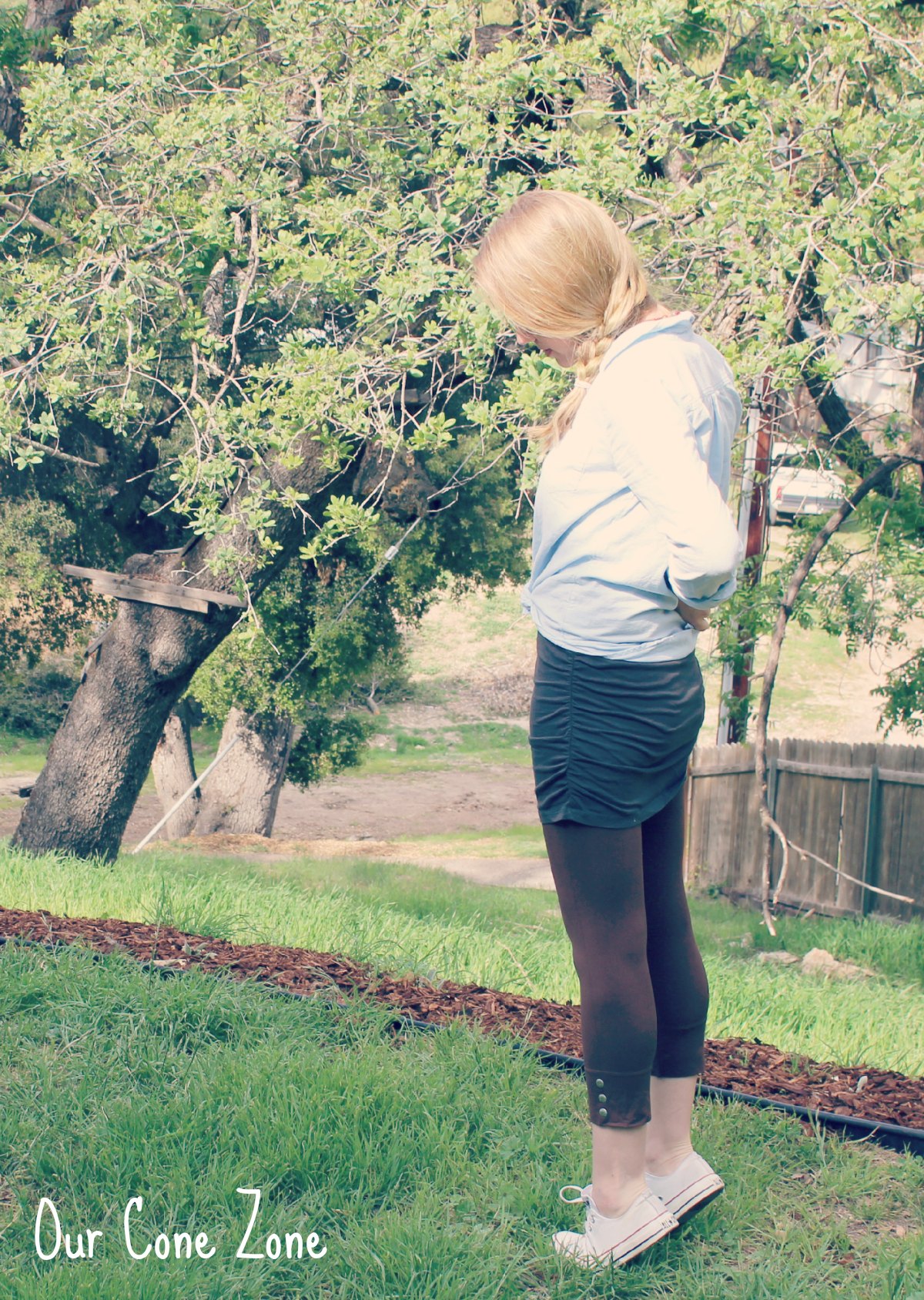 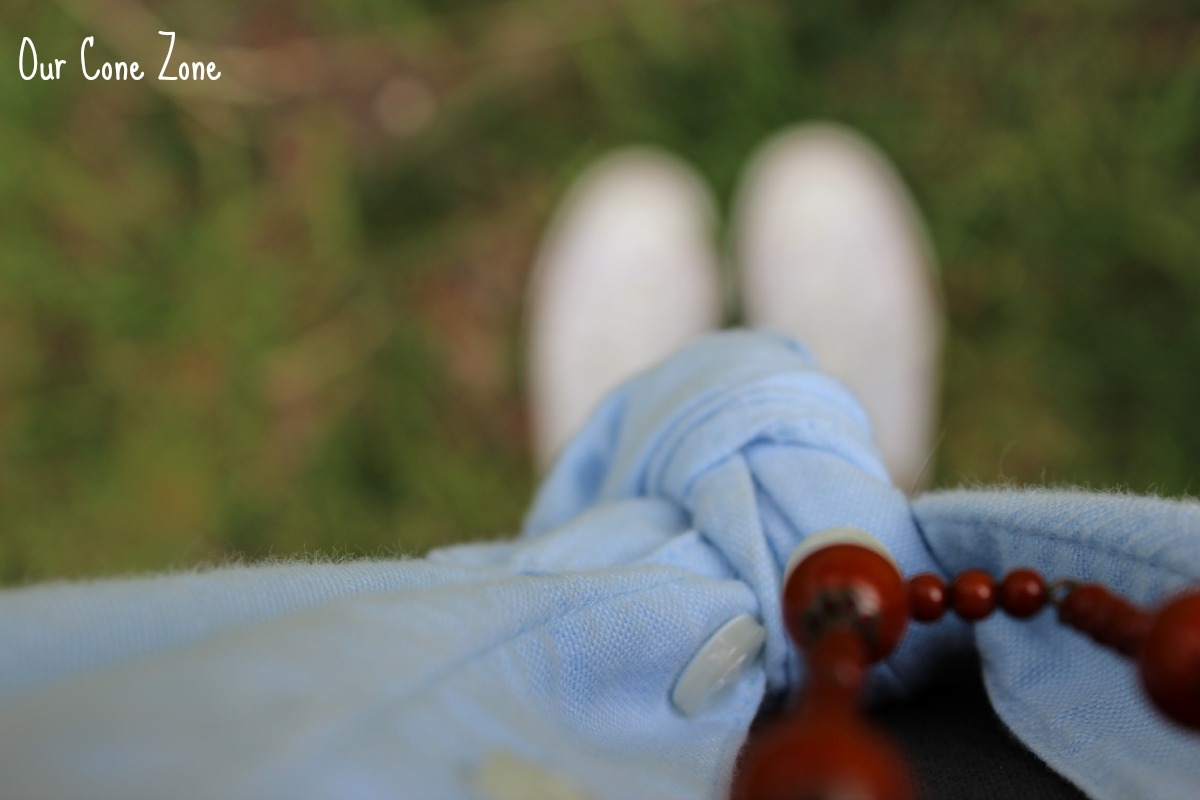 No, not in CA. I mean, you saw those gorgeous pictures of the coastline, right? We’re not even close to Tornado Country  anymore, thank God.

But our old home was hit by a bunch of tornados yesterday. We got reports all afternoon from friends, texting us from their bathtubs, worried about loved ones who were still out and about. Tornados happen every spring, but usually only on the outskirts of Dallas (aka, an hour away). It was always hard to explain to other how large the DFW metroplex really is– while a tornado was ripping something up a good 75 miles away, the sun could be shining where we were. It was like someone being concerned about a neighborhood in Whittier being disturbed when one lives in Santa Barbara.

But the reports that were coming in yesterday had me worried. These weren’t “tornado sightings”, these were actual tornados, dozens of them, all over the metroplex, leaving trails of wreckage. And a few were even headed straight for downtown Dallas where our old church stands.

One of the suburbs hit hardest was Arlington, home of the Cowboys Stadium and Rangers Ballpark. Thankfully, these structures were not hit at all (Arlington is the 49th largest city in the US, so the tornados were in another place entirely), but the news did mention a section of Arlington– Kennedale– that I know well, mainly because our dear friends the Pothoffs live there. It’s also where my car always used to break down on my way to and from teaching at St. Peter’s Classical School. Ah, good times, good times.

But everyone’s safe and sound, thank God. Storms like this only happen in DFW every 5-10 years– a big tornado that ripped up entire sections of downtown Fort Worth happened about 5 years before we moved there, 9 years ago, so I guess it was about time for another. Here are a few pictures though.

I only saw hail like this once or twice while living in Dallas-- yikes! This is why we paid extra $ for a garage 🙂 It's also why I laughed at everyone getting all amazed/scared at the slight sprinkling of hail we had in CA a few weeks ago. My question was, "Is it bigger than a golf ball? Because we should move our car, if so."

One of the hardest hit suburbs was Lancaster, about 30 miles southeast of Downtown Dallas. This was from the tornado that was headed towards Dallas, but veered towards Arlington instead

A home in Arlington, near where our friends live

At least a dozen, just like this one, occurred all over

Also in Arlington...yup, those are flying semi trucks

We had a pretty crazy weather day over here! I left my piano lessons half hour early in order to beat the storm home. I’m a bit skittish, seeing as there was a similar, lesser in intensity, storm on Friday afternoon, wherein I was caught in hail whilst driving on the freeway (I ducked under an overpass and waited it out with a dozen other cars). It was miserable, so I took every precaution to avoid it today.

The sirens were going off for around 45 minutes. I am pretty certain that at one point, I saw a funnel cloud begin to descend from the clouds in the distance. We were pelted with golf-ball sized hail for around half an hour (it sounded like someone was throwing baseballs at our windows and roof!).

The hail that fell 10 minutes from where I was teaching piano lessons, smashing windshields and denting cars

Here’s the scary thing: this video was taken from within the Unruh’s apartment complex.

Here’s a video that Jesse and I took. Take note of our AWESOME parenting skills.